Cades Cove is one of the most popular destinations for visitors to the Great Smokey Mountains National Park, and it is easy to understand why.

Tucked away in a far corner of the park, Cades Cove is far from the influences of civilization. It is as if time has stood still in the preserved sanctuary, and visitors to the cove bask in its natural settings.

From spotting local wildlife to listening to the subtle noises of nature free from the sound pollution of the city, there are several fun, eco-friendly ways to enjoy this wonderous region of the national park.

Be it a guided tour or an independent journey into the park, these are the best things to do in Cades Cove, TN.

The 8 Best Things to Do in Cades Cove

1. Hike the Cades Cove Trails Through the Great Smokey Mountains

One of the best ways to explore Cades Cove is along one of the few hiking trails that weave their way through the area. With trails ranging from easy to strenuous, Cades Cove offers a path suitable for hikers of all experience levels.

Cades Cove’s most popular hiking trail is the Abrams Falls Trail. The moderate 5-mile out and back trail features a total incline of 600 feet and leads to a beautiful 25-foot waterfall along Abrams Creek.

The Rich Mountain Loop trail is another fantastic hike in the area, albeit slightly more difficult than the Abrams Fall trail. Hikers will follow the loop trail for 8.3 miles, ascending a total of 2,000 feet, before reaching the peak of Rich Mountain. From here, visitors will enjoy views of the entire region.

The Cades Cove Loop Road is a fantastic way to explore the region for those that would rather skip the moderate to strenuous hike through the park.

The 11-mile road swings through Cades Cove and features two gravel roads that cut through to either shorten or extend your journey.

Proper etiquette is crucial when driving the Cades Cove Loop Road. The drive is one of the most popular in the Great Smokey Mountains National Park, and stopping along the one-way street will cause traffic.

Instead, pull to the side of the road before stopping to observe lookout points or wildlife. 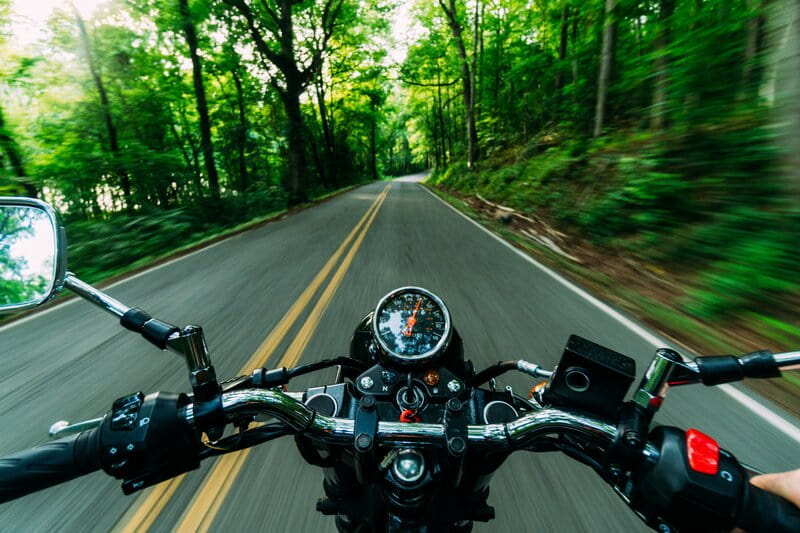 Another fantastic way to explore the Cades Cove Loop Road is via a relaxing bike ride free of vehicular traffic.

Every Wednesday and Saturday, Cades Cove keeps its gates closed until 10 am, allowing visitors with bikes to come and peddle the journey through the region without worrying about traffic.

The ride is quiet and tranquil as the early morning sounds of nature are free of any interference from civilization and human interactions.

Certain aspects of Cades Cove can only truly be appreciated from the vantage point of riding horseback through the park.

As an official National Park Service Concessionaire, the Cades Cove Riding Stable is the only service in the area to offer this unique experience.

With well-trained horses and friendly staff, the riding stables offer great guided horseback trail rides for visitors of all riding levels. Rides last about an hour, while horse-drawn carriage tours are slightly shorter at about 45-minutes. 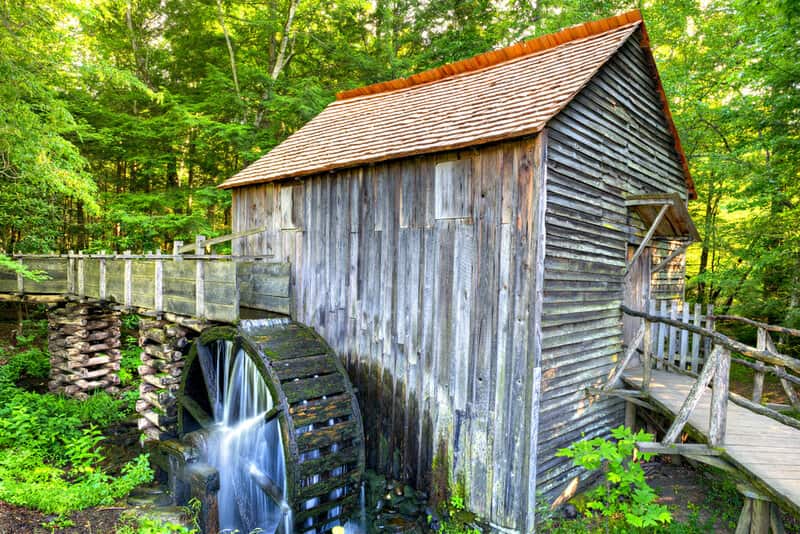 Thanks to its level terrain and fertile soil, Cades Cove was a popular area for Euro-American settlers in the early 1800s.

The remote community thrived in the area for over a century. While the population has since dispersed, many relics of the settlement can still be observed in the region today.

Among the historic buildings is the john Oliver Cabin. While the second residential building John Oliver built for himself and his wife, this cabin is the oldest in the Great Smokey Mountains and dates back to 1820.

Also found within Cades Cove are three historic churches, a cable mill, the Elijah Oliver Cabin, a corn crib, and other cabins that once served as the home to several other settlers in the region.

6. Have a Picnic in Cades Cove 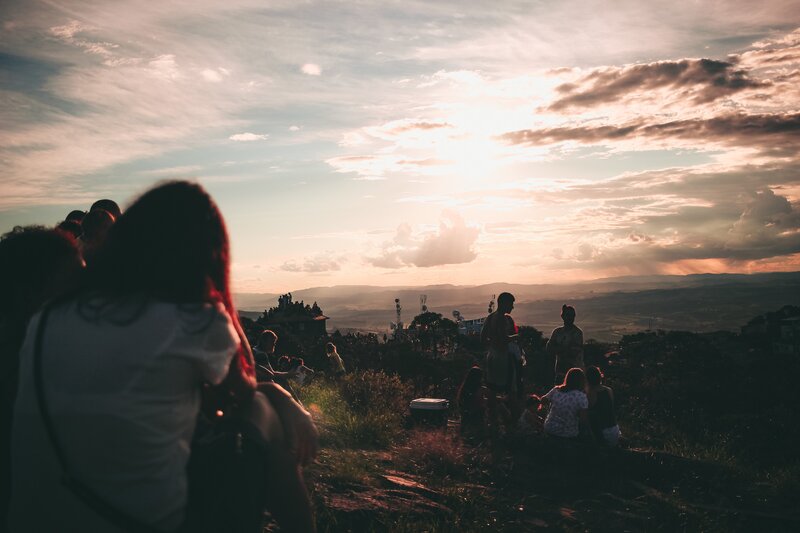 Tucked deep in the Smokey Mountains National Park, Cades Cove offers one of the most pristine pieces of the park, perfect for hosting a family picnic.

Before entering the park, visitors should pick up sandwiches, hot dogs, or burgers from the Cades Cove Campground Store’s deli and any other supplies they may need.

While there is a great picnic area near the entrance, venturing further into the park rewards more isolated and private spaces to enjoy your meal. 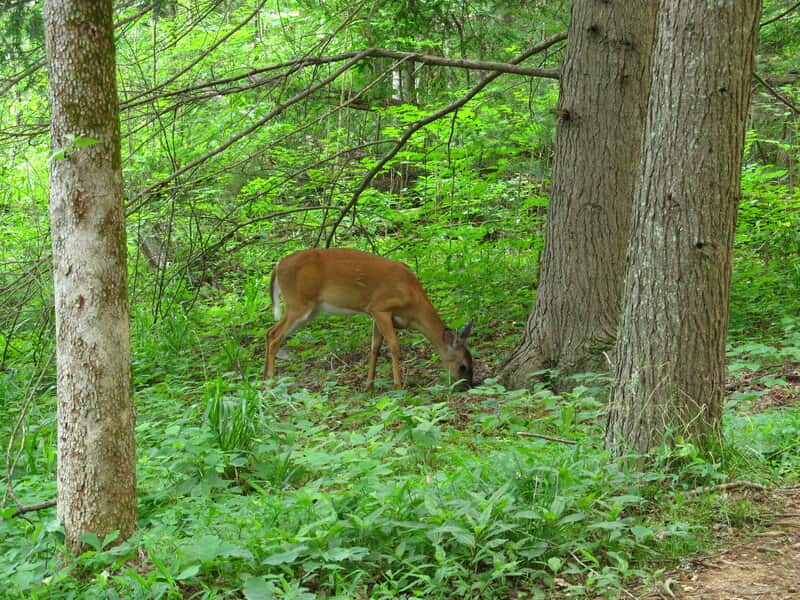 As one of the most preserved corners of the Smokey Mountains National Park, Cades Cove is a refuge for many species of wildlife that call eastern Tennessee home.

Among the more popular species of the region are white-tailed deer, groundhogs, red foxes, coyotes, and black bears.

The best time for spotting local wildlife in Cades Cove is either in the early morning or evening. This is because many of the species come out during this time to begin their hunting, and the less traffic in the area means less chance of scaring the animals off.

The biggest draw to the Great Smokey Mountains is the breathtaking scenery the region promises. And Cades Cove is no slouch when it comes to stunning views.

Offering two scenic overlooks, Cades Cove is a fantastic spot for observing the pure majesty of the Great Smokey mountains as they dominate the surrounding landscape with their pure size and beauty.

The first scenic overlook is accessed along the Cades Cove Loop Trail, just past the Cades Cove Missionary Baptist Church. With a large parking lot, there are plenty of spaces to park and a large field perfect for hosting a picnic while enjoying the views.

The second overlook is known as the Valley View Overlook, and that is because it offers a breathtaking view of the entire valley. The overlook is accessed between Tipton Place and the Carter Shields Cabin and features a small parking lot with a nearby field.

The 3 Best Tours in Cades Cove