The Blue Ridge Mountains are a huge range that stretches all the way through Eastern America from Virginia to Northern Georgia.

The mountains in turn form part of the Appalachian Mountain Range and include the 469-mile-long Blue Ridge Parkway as well as Shenandoah National Park. 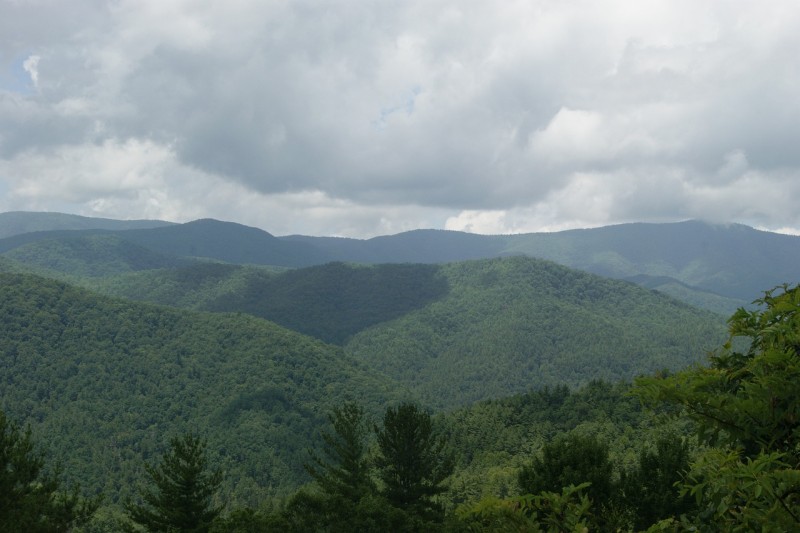 Yet what many visitors to the region may not be aware of is the fact that the Smoky Mountains actually comprise part of the southern tip of the huge Blue Ridge Mountain Range, which often gets overlooked for the more popular national park.

But which one is actually better to visit? We know of the huge popularity of the Smoky Mountains when it comes to tourism, but how do the much bigger Blue Ridge Mountains compare?

Let’s take a closer look at the Blue Ridge Mountains Vs the Smoky Mountains discussion and see what each has to offer visitors.

Visit the Blue Ridge Mountains or the Smoky Mountains?

So the Great Smoky Mountains are a subrange of the Blue Ridge Mountains—making them essentially the same system.

And yet not all of the Blue Ridge Mountains are the Great Smoky Mountains, if that makes sense. So let’s look at some of the similarities and differences between the two mountain regions to see how they compare in the event that you wanted to visit just one of them.

Where Are the Highest Peaks Located? 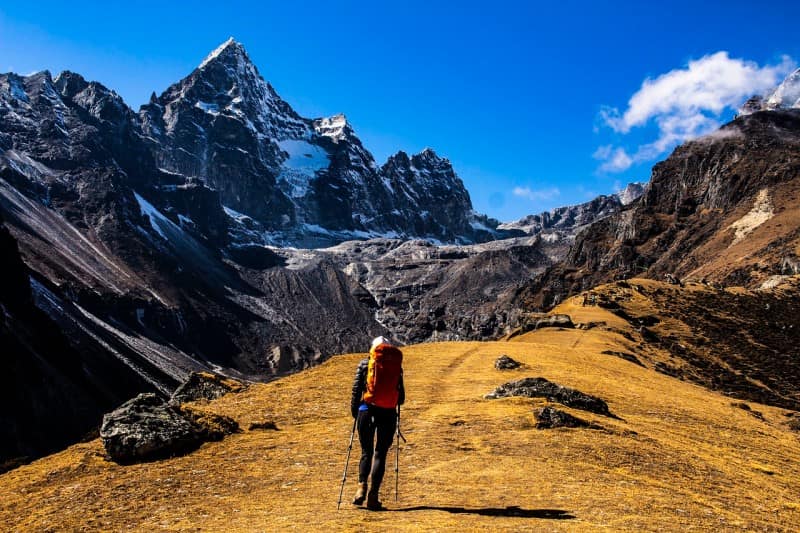 The Blue Ridge range contains the highest mountains overall along the entire East Coast of the U.S. The range includes more than 100 peaks over the 5,000-feet elevation mark, with the highest peak being Mount Mitchell at 6,684 feet.

The unbroken, 36-mile stretch of peaks running through the ‘Smokies’ is quite a bit lower on average at around the 5,000-feet mark, although the mountains contain close to 10 peaks over the 6,000-feet mark, the highest of which is Clingman’s Dome at 6,643 feet. 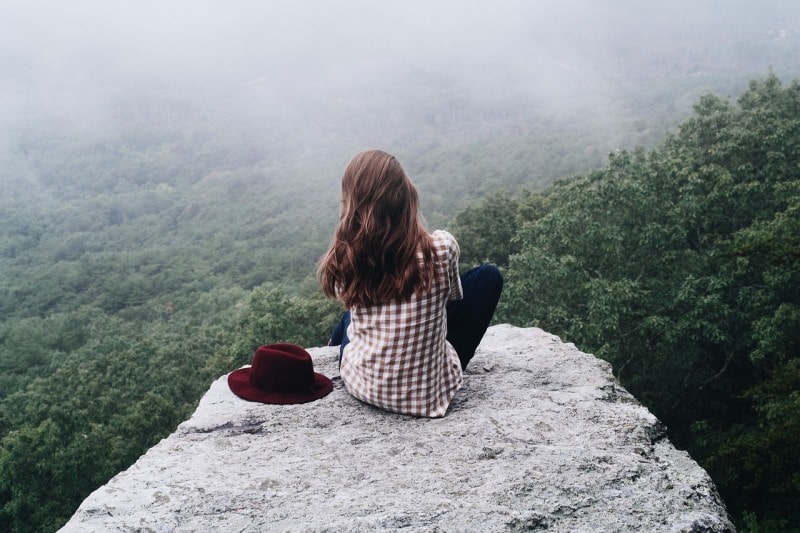 Both mountain ranges are similar in climate and weather conditions. In Blue Ridge, the summers are warm and humid, as they are in the Smokies. The winters are very cold and snowy, and the Smokies have cold yet short, as well as wet winters. It is partly cloudy year-round in both regions.

The temperatures in both regions are very close at somewhere between 28°F and 85°F, with minimum and maximums around the 14°F and 92°F marks. With that in mind, the best time to visit the Great Smoky Mountains National Park for warm-weather activities is from early June to late September.

Blue Ridge is popular in the fall due to the foliage’s array of colors, and although many attractions are closed throughout the winter, skiing is still on the cards, as are holiday festivities.

Why Are They Called the Blue Ridge Mountains?

From some of the higher elevations that look out into the distance, the mountain ranges there have a blue hue to them the further out you look.

It’s possible to see a wide variety of shades of blue, from powder blue to gray-blue, and on some days they can even seem turquoise, blue‐black, or purple.

Scientists have apparently determined that the cause of the blue appearance of the mountains is down to the fact that the vegetation’s release of Volatile Organic Compounds.

These are organic chemicals responsible for vapors that react with natural ozone molecules already in the air. The result is the scattering of light which in turn creates the bluish haze.

And the Smoky Mountains?

Clouds in fact account for the ‘smoky’ effect that seems to stretch across the mountains in this region. Due to the high elevations, the clouds tend to hang around the tops of the mountains, which accounts for the seeming smoke.

This effect is particularly evident in the early morning and is heightened somewhat by any passing rain.

This depends to some extent on where you are coming from but there are plenty of entrance and exit points for the Blue Ridge Mountains along main highways. For instance in Virginia, you’ll find the I-64, 81, and 77 all provide access, as do the I-40 and 26 in North Carolina.

The 469-mile Blue Ridge Parkway is one of the most scenic drives going and it weaves its way right through the mountains making the trails and other attractions like the Biltmore Estate, Luray Caverns, Natural Bridge, and Grandfather Mountain easily accessible.

Most of the main attractions in this national park are also accessible from paved highways. 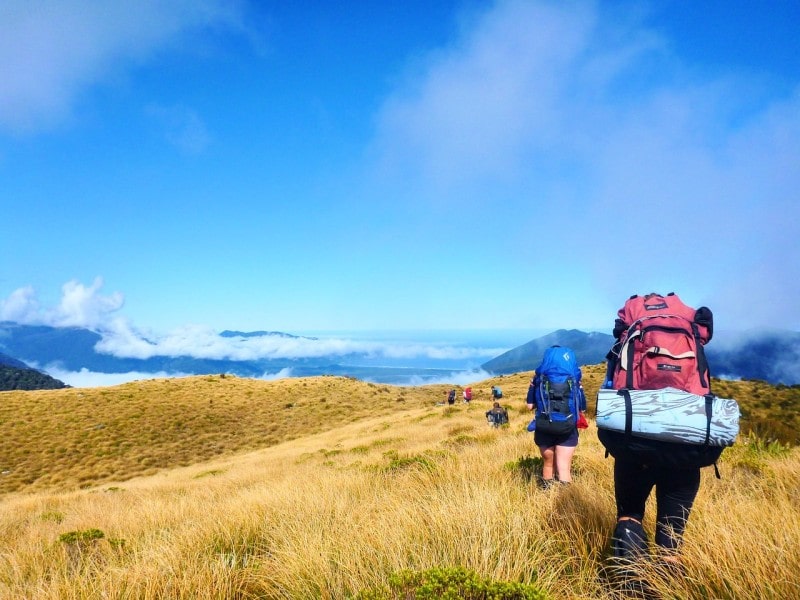 There are more than enough hiking trails and waterfalls to explore all across the Blue Ridge Mountains than most people could handle.

In fact, there are literally thousands of miles of hiking trails and many of them are part of the Appalachian Trail. There are also many day hiking trails available off the main Blue Ridge Parkway Road.

There are so many waterfalls worth checking out in this region, with many accessible off the road. You might need to hike a short trail to some of them like the much-photographed Falling Spring Falls.

Other attractions in the Blue Ridge Mountains include the Linn Cove Viaduct Bridge, the Natural Bridge State Park in Virginia, and Grandfather Mountain State Park.

The Blue Ridge Mountains are chock-full of wildlife like black bears, elk, deer, and wild turkeys. It’s possible to catch glimpses of some of these animals throughout the mountains.

The Smoky Mountains Hiking Trails and Other Attractions 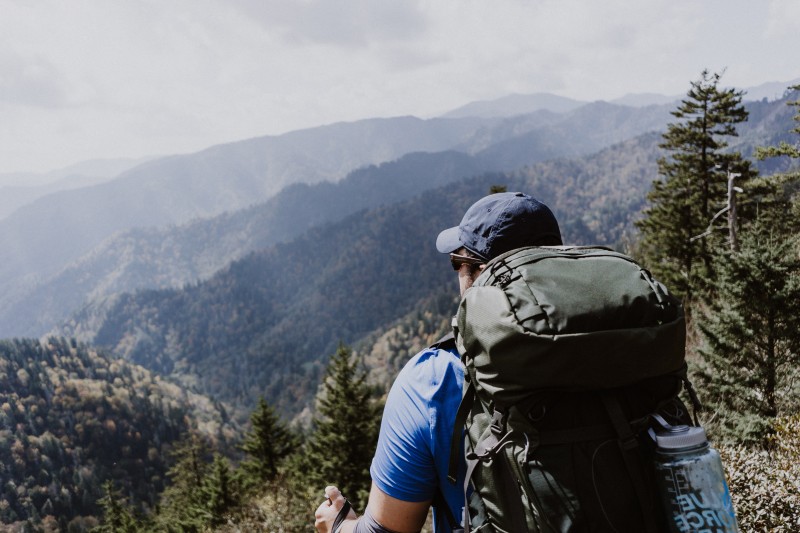 The mountains contain over 850 miles of hiking trails ranging from half-hour strolls to week-long pack trips. The Appalachian Trail also features around 70 miles along the top ridge of the park, and the Oconaluftee River Trail and the Gatlinburg Trail are two of the popular routes in the mountains.

There are ten developed campgrounds within the Smoky Mountains National Park operated and managed by the National Park Service. These feature amenities such as restrooms with running water but campers won’t find any electrical hook-ups.

Most of the campgrounds are operated on a first-come, first-served basis, although popular spots like Smokemont Campground and Elkmont Campground at Cades Cove are made available for reservation throughout the summer and fall

At the end of the day, whichever region you decide to head for, it will come down to a variety of factors like vacation time, how much driving you want to undertake, or possibly just personal preference.

If you find the decision a tough one, you might consider taking a very scenic drive along US- 441 to the I-40 east from Gatlinburg to Asheville.

This route will lead you through the Great Smoky Mountains National Park, onto the Blue Ridge Parkway, then on to Asheville, allowing you to take in the full caboodle and enjoy at least a taste of both of these popular and majestic mountain regions which both have much to offer to visitors.