Some regions of the U.S. are defined by huge mountain ranges and a sense of adventure. Both the Rocky Mountains and the Smoky Mountains epitomize aspects of American history and lifestyle.

Adventure, solitude, and tourism abound in either of them not to mention mountainous holiday location landscapes and a plethora of recreation opportunities.

In fact, the two national park regions have much in common. With that said, they also differ greatly in some aspects.

So let’s take a closer look at how the two mountain ranges measure up: The Rocky Vs Smoky Mountains which one wins? 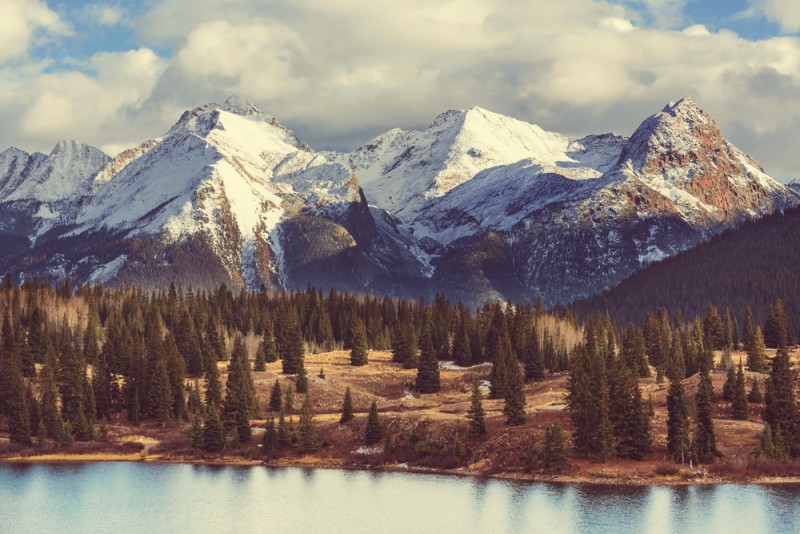 Where Are the Rocky Mountains?

The Rocky Mountain range is huge, to put it mildly, and it easily bridges the gap between Canada and New Mexico. The 3 largest populated areas and main entrance points are Denver, Colorado Springs, and Aurora.

One of the largest and most active entrance points into the mountain region is through Colorado’s main transport hub of Denver.

Anyone heading towards the Rocky Mountains by road will find Route 25 to be the main highway for the north and south which runs from New Mexico. From either eastern or western directions the I-70, I-80, and I-90/94 form the main routes.

A few bus routes are even available courtesy of Greyhound but this isn’t the most popular option due to some of the long distances involved. Flying also typically works out cheaper than the gas involved in many road trips depending on the distance.

Where Are the Smoky Mountains? 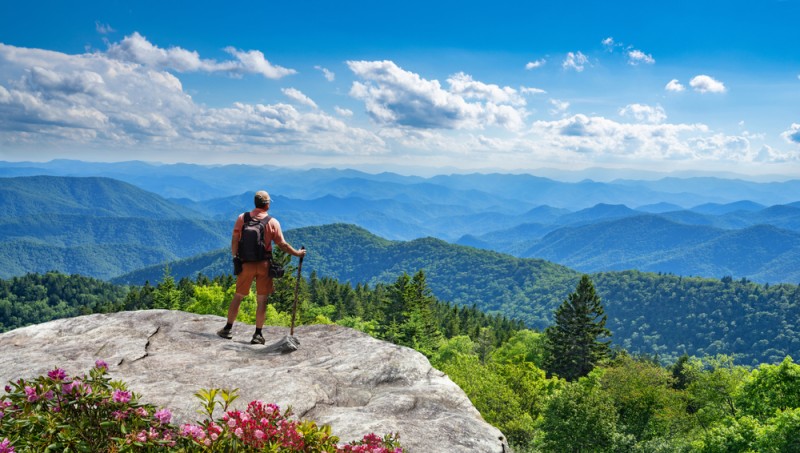 The Smoky Mountain range rises along the south-eastern U.S. border dividing Tennessee and North Carolina. The mountains are classified as a subrange of the Appalachian Mountains and can be found safely ensconced within the boundaries of the Great Smoky Mountains National Park.

The three main entrances to the national park start with Tennessee’s Gatlinburg. This entrance point is reachable along interstate highway I-40 by taking Exit 407 for Sevierville, heading south on the  TN-66. After that, it’s straight across the intersection on US-441 through Pigeon Forge and onto the park entrance.

Another key entrance point is Tennessee’s Townsend, accessed from the north along interstate highway I-40 in Knoxville. After that it’s Exit 386B for US-129 South for Maryville, then onto US-321 North.

This route will also bring you east of Townsend and into the park. From the south, you would be best to head in from the I-75 taking Exit 376 to I-140 E.

The other main route into the Smokies is through Cherokee, accessed from the north via the I-40. After that, it’s Exit 27 to US-74 in the Westerly direction of Waynesville, and the final stretch along US-19 towards Maggie Valley and Cherokee.

The Cherokee park entrance from the south will best be picked by on the US-441/US-23 North. At Dillsboro, this intersects with US-74 West/US-441 North. Drivers heading for the park opt for the latter at Exit 74 then through Cherokee and into the park.

How Do the Stats Compare? 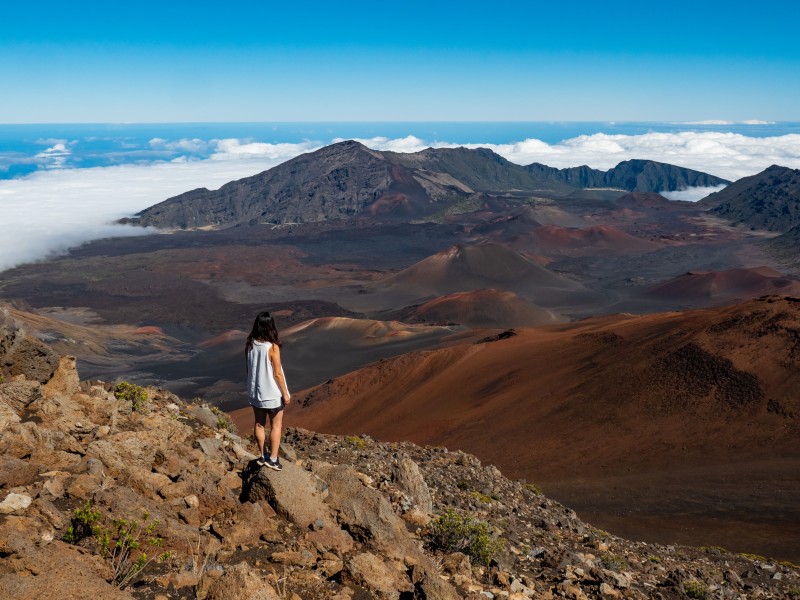 Well if this were simply a case of ‘My dad’s bigger than your Dad’ it’s not even much of a contest. The Rocky Mountain elevations are twice as high as those in the Smokies!

To put that into another perspective, the Rocky Ranges feature more than a hundred peaks over the 10,000-feet mark. The highest of them all Mount Elbert measures in at a staggering 14,433 feet.

The poor old Smokies sound a little feeble by comparison with the highest peak of just 6,643 feet, courtesy of Clingman’s Dome. Most would agree though that what the Smoky Mountains lack in height they more than compensate for by way of both the scenery and the size of the land mass.

Talking of sheer land mass, this is the trump card of the Smoky Mountain region which covers an entirety of 522, 427 acres across two states.

This puts the boot on the other foot in terms of a different kind of size. With just over 250,000 acres to call home, the Rockies don’t even measure up halfway to the girth of the Smokies.

How about the Climate – Which One is Better? 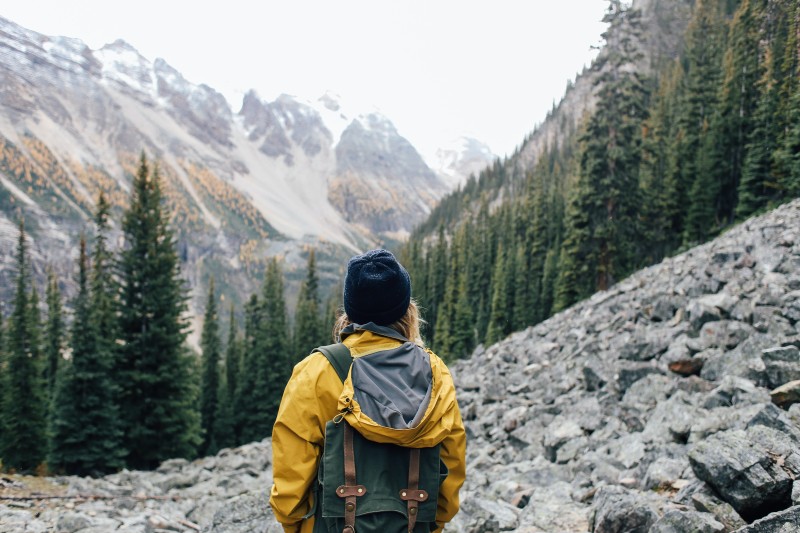 For the purpose of simplifying things, we could say the Rockies are much drier than the more humid Smokies. So whichever one of those climatic conditions you may lean towards might be some kind of deciding factor here.

It’s fair to say the conditions in the Rockies can be quite a bit harsher at certain times—and elevations—than those common to the Smokies. The Rockies contain a fairly diverse range of weather patterns and climatic conditions which are also unpredictable.

National parks and the views involved will again most likely be a matter of personal preference on some level.

That said, the Rocky Mountains didn’t get their name for no reason. If you like your scenery on the ‘rocky’ side, then this might make you feel like a cockerel home to roost.

By comparison, the Smoky Mountains conjure images of perfectly-layered and mystical-looking mountains covered by lush green forests permeated by streams, waterfalls, and even a spot of the historic.

That’s not to say that the Rocky Mountains don’t contain their own fair share of lakes and caverns, and on top of that, there are the sheer elevations of the mountain tops.

And the Most Visited between the Two?

Well according to THIS post by the Coloradoan, there’s no contest here.

Long story short the Smokies come in at number one on a list of the ‘five most visited national parks.’ Annual visits to the Rockies measure up to more than four million by stark contrast to 14 million or more that pass through the gates of the Smoky Mountains National Park! 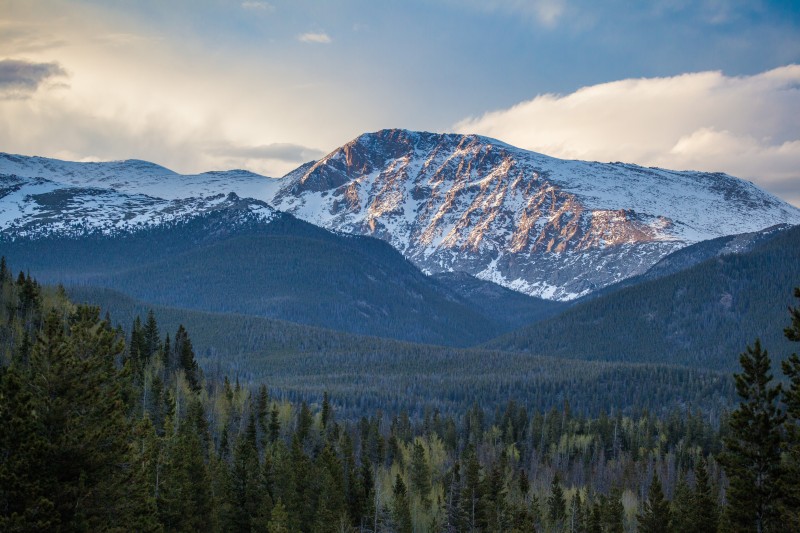 Both the Appalachian Mountains and the Rocky Mountains are located in North America and thus share connections related to their origination. They both resulted from the collision of the North American Plate.

In the case of the Rockies, it was later on when the North American Plate’s collision with the Pacific Plate brought the range forth. Which makes the Rockies relative newcomers on that score for sure, with an approximate age of between 50 and 80 million years.

Things to See and Do 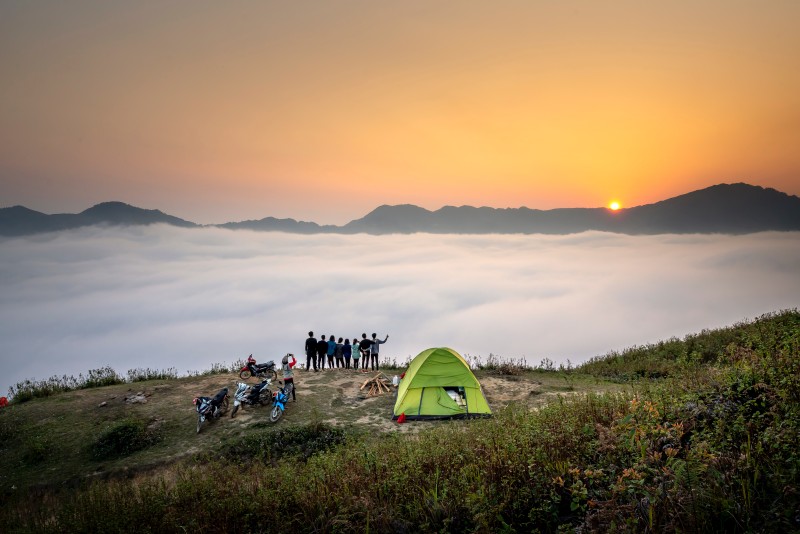 The actual list of things to do and see within the huge regions of the Rockies is more extensive than the Bible’s lost chapters. The Rocky Mountain Range is typically divided between the Northern, Middle, and Northern sections.

Some of the main features from each stretch are as follows:

Main Attractions in the Smokies 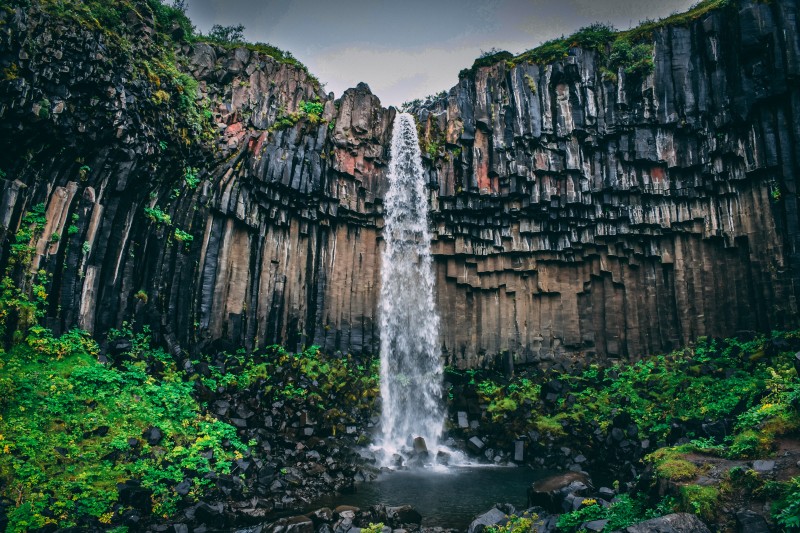 The Smoky Mountains on the other hand are much more about scenic walks and hikes, waterfalls, caves, views, and much more. These are all related to mainly natural features although there are the occasional historic aspects.

Other features like the Appalachian trail also run through the smokies. Cades Cove is another interesting and popular area for a number of reasons including the scenic and the historic, not to mention the fact that it’s a great place from which to view wildlife.

Some of the main points of interest in the Smokies include:

When it comes to the crunch on which mountain range is best between the Rocky Vs Smoky Mountains—it really comes down to a matter of preference. This will be across a number of levels like your preferred outdoor pursuits, scenery and terrain, and the elevations involved.

What would you prefer? Impossibly high, towering Rocky peaks that seem to go on forever; endless miles of mountaineering, hiking, and all other manner of outdoor pursuits…or the majesty and sheer colorful combinations of the more humid and mysterious Smoky Mountains.

It might strike you that although the two mountain ranges do share a few distant similarities, they largely offer two different experiences. The only thing to do would be to try and visit them both at least once!