The Great Smoky Mountains provide a sanctuary for many majestic animals like wolves, bears, and elk. People often mistake elk for moose, although there are fundamental differences between the two.

While their appearance may be similar, both coming from the deer family, the most notable difference would be in size between the two. 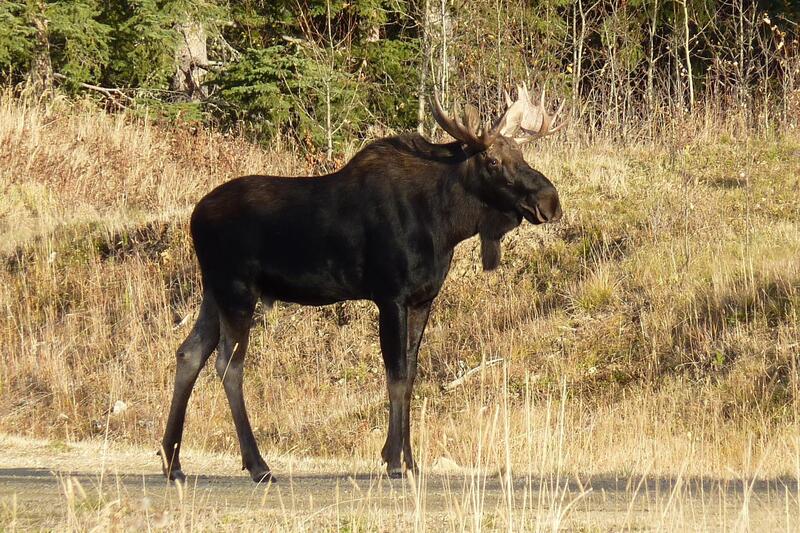 The size difference between Moose and Elk

The Cervidae family includes mammals like elk, deer, and moose, which is why people often confuse the three. The most apparent difference between moose and elk is size and body weight. In the deer family, moose have the greatest body weight and size.

There are two varieties of elk in the Smoky Mountains; cow elk and bull elk. While both types are bulky, a female elk has a body weight of about 500 pounds, and bull elk weighs about 700 pounds. However, moose are even bigger and heavier.

According to many sources, a fully grown bull moose or a male moose can have a body weight of 1,600 pounds. A cow moose or a female can mature to a weight of 1,300 pounds.

Other differences between Moose and Elk 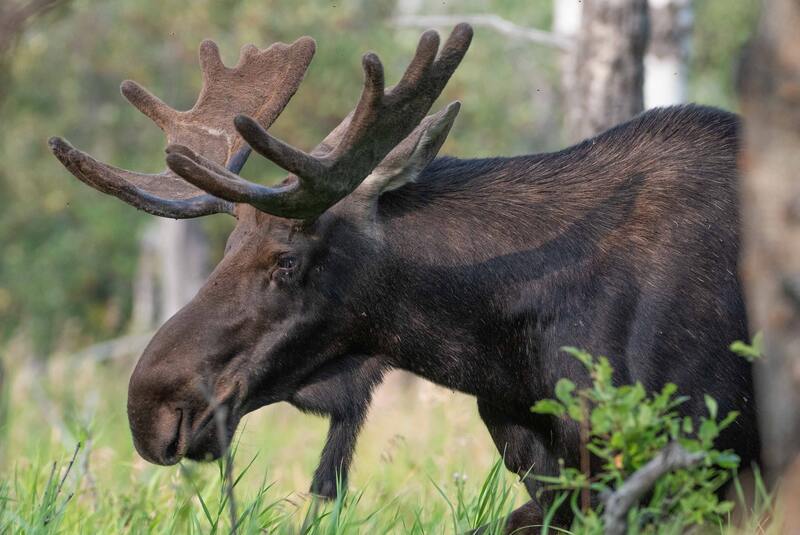 At first, glance who is who between moose and elk can be tricky, but a closer inspection reveals unmistakable contrasts between the two.

Moose have a much darker coat than elk, and they also have distinctive features. The Moose carries a prominent nose, excess fur beneath their throats, and a dewlap, consisting of loose skin dangling down their necks. Moreover, moose prefer living in solitude instead of in a herd, and unlike elk, their hooves have a heart-like shape.

Moose have antlers with flat ends and also sound different compared to elk. They produce a melancholic moaning sound to communicate with other moose. 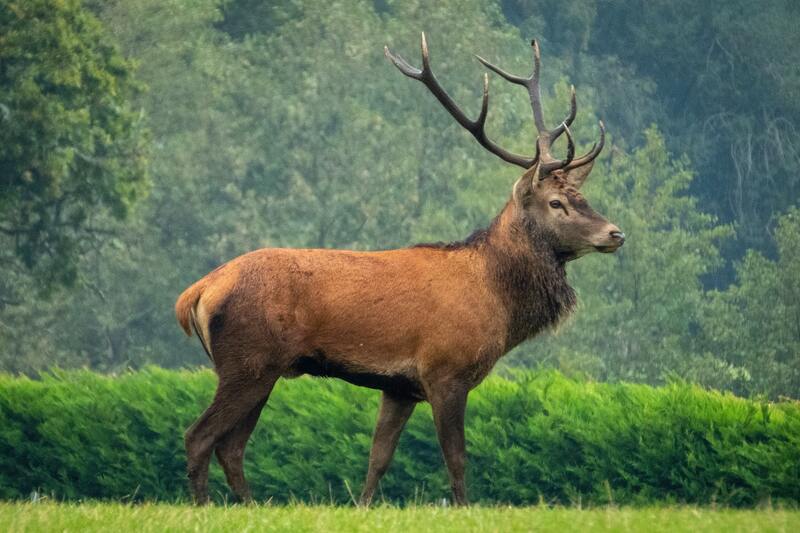 Elk showcase a lighter fur coat than moose. They are fond of living and moving together in herds instead of being solitary.

They also have a narrow and more elongated snout. Hunters can easily differentiate between moose and elk in the Smokies by analyzing their hoof-print in the snow. Elk have hooves that are tooth-shaped. Elk have pointy antlers, and unlike

Moose, they do not moan. Instead, according to the National Park Service, elks produce sounds by bugling to woo females and scare off other males.

What conditions do moose require to survive?

Moose require a specific set of conditions to thrive. Although they are better suited to living in cold weather, they need open access to water bodies and dense natural vegetation to sustain themselves.

Moreover, moose have a thick-skinned body and dense fur to keep them warm during winter, but they prefer to live in areas where the weather is neither too hot nor too cold.

Although they can tolerate extreme winter by trapping body heat, they cannot bear harsh summer and require water and shade to cool off.

Why are there fewer moose in the Smoky Mountains?

The Smokies have fewer moose because they experience severe winter conditions for most of the year, during which growth of natural vegetation ceases and water bodies freeze.

This causes many problems for moose because they do not have access to food and water for nutrition. Without appropriate nutrition, they cannot accumulate enough body fat to sustain them through peak winters.

Moreover, excessive hunting in the past has also caused a decrease in the number of moose in the Smokies. People have mercilessly hunted moose and other animals for sport, fur, and antlers, which manufacturers use to make decoration pieces.

Recently, forest and wildlife preservation authorities have taken the necessary steps to curb hunting and ensure that moose do not become extinct.

Where are moose present in Tennessee?

Hence, East Tennessee is experiencing a rapid increase in the moose population. It is quickly becoming a notable area for moose relocation.

Are There Moose In The Smoky Mountains – Conclusion

People all over America testify that the Smokies nestle some of the most stunning species of plants and animals worldwide!

The national park is home to numerous mammals, fish, reptiles, amphibians, and birds. People travel to the Smoky Mountains from far and wide, hoping to catch a glance of these majestic creatures.

However, if you wish to see moose specifically, you can venture out to Knox County and Cherokee valley, where they are more prevalent.