The Great Smoky Mountains National Park is one of few land areas with the most biodiversity, and the National Park Service is responsible for its control. There are more than 19,000 documented species inhabiting the national park.

Unfortunately, for the last two centuries, one of the most notable inhabitants of the park, the eastern elk, was drastically decreasing in population from the lush green pastures bordering the North Carolina-Tennessee state line.

Excessive hunting in the mid-1800s had led to the extinction of many animal species, including elk, before people realized what a tremendous loss this was and started taking steps to ensure the survival of the hunted creatures.

So, Are There Elk in The Smoky Mountains?

In 2001 the government initiated a reintroduction program to guard birds and animals in the Smokies, bringing back eastern elk to their natural habitat. Hence the answer to the question, are there elk in the smoky mountains, is yes. Because of the responsible attitude of the government since 2001, the elk population in the Smokies has risen to almost 200. 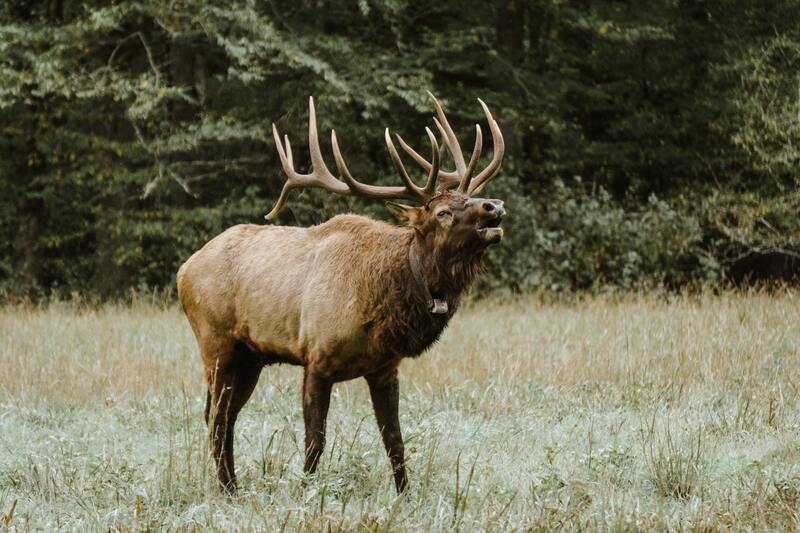 In 2001, the park presented 25 elk to the Cataloochee Valley between the Lakes National Recreation Area in Kentucky. Once these elk had become familiar with the area and established a strong herd, the park introduced an additional 27 elk in 2002. They sourced the second batch from Elk Island National Park in Alberta, Canada.

In the initial stages, black bears viciously attacked some vulnerable calves, but with time and experience, the elk cows became more intelligent and started defending themselves more effectively. Now, there is a thriving elk population in the Smokies, and wildlife biologists speculate that it has expanded to more than 150 animals.

A worker in the Rocky Mountain Elk Foundation, De Lozier, estimates that the actual number of elk in the mountains is bound to be more. This is because the elk have scattered throughout the park and into adjoining lands, making it challenging for biologists to track all the animals and maintain a specific count. 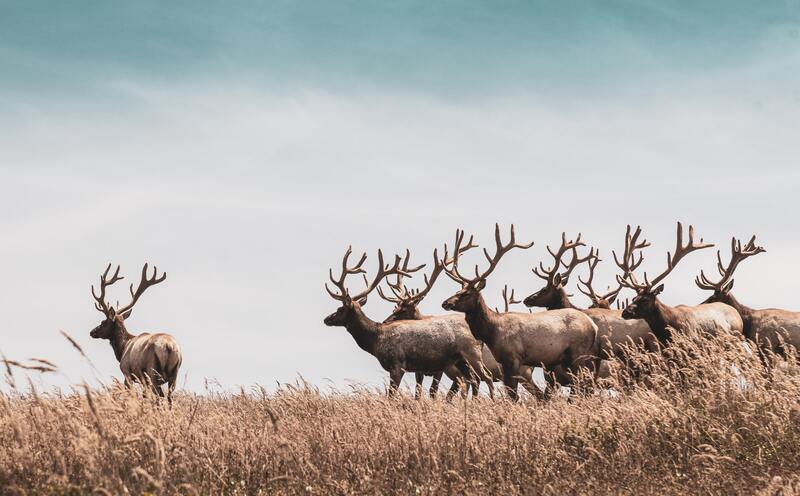 The Smoky Mountain Elk Festival is one of the most exciting events for animal lovers. It provides an opportunity to witness the unrivaled glory and grace of elk in the Smoky Mountains during their mating season.

Viewers experience the elaborate schemes the animals concoct to woo each other and secure a suitable partner. The festival perfectly coincides with the mating season for elk, called “the rut.”

During the breeding season in fall, the dominant bulls come together and put on a show to attract the cows. The male elk, called bulls, have fully developed racks by this time and compete with each other to get the attention of the best females.

Their mating schemes include bugling, a blaring, high-pitched, whistles-like sound, which symbolizes the strength and fitness of the male.

On the contrary, females congregate on the edge of the field in groups called harems. The bugle challenges other bulls and attracts cows over a mile or more. Large bulls have well-developed antlers, which they use to terrorize and subdue other males.

Most sparring matches are formal, and there is hardly any physical contact. Very rarely does a sparring contest result in fatal injuries to animals. During the rut, dominant bulls can breed with a harem consisting of 20 cows.

The Smoky Mountain elk festival focuses on tracking and highlighting this intricate mating system that elks observe every season. It is a family-friendly event and comprises two days of constant enjoyment, with food, hikes, music, and demonstrations.

Tickets cost $5 each, and the money from the ticket sales goes to the Elk Conservation Fund. 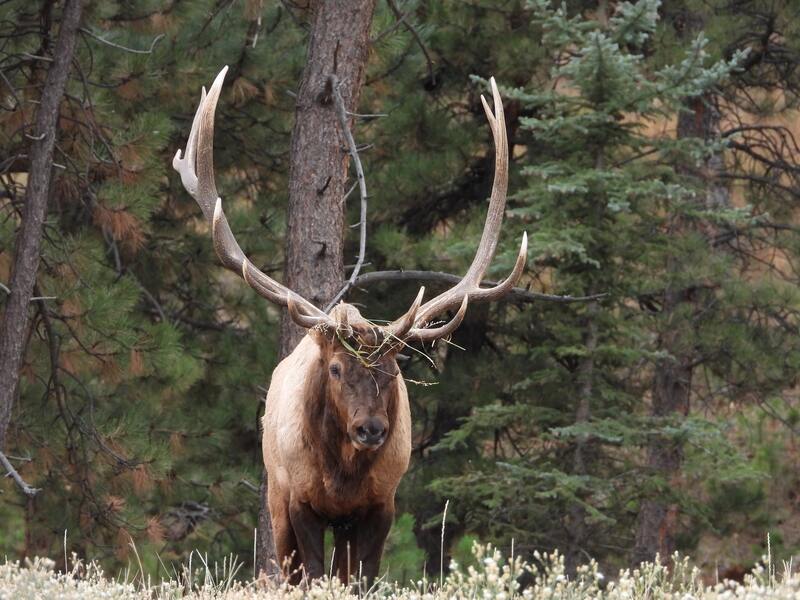 What is the size of the elk?

The elk is the largest animal in the Great Smoky Mountains National Park. It can weigh up to 700 pounds and reach 5 feet tall at the shoulder.

What do elk feed on?

An elk is an Herbivore. Elk and cattle are similar in dietary habits because they are both primarily grazers. Elk tend to feed in the mornings and evenings, after which they seek shelter to rest and digest their food.

Although their diets can change depending on the season and the availability of vegetation, native grasses constitute a year-round staple. They are also fond of leaves, acorns, buds, and bark from shrubs and trees.

Where are elk present in the Smokies?

Most of the elk population resides in Cataloochee towards the southeastern area of the park.

It takes approximately 45 mins to arrive at Cataloochee valley once you exit the highway.