When you consider that more than 10 million visitors pass through the gates of the Great Smoky Mountains National Park each year, it’s not hard to imagine the resulting damage if they all took something home with them.

What you find in the park stays in the park—or at least it should do. But these guidelines don’t necessarily reach everyone’s ears, and some overzealous explorers may be prone to taking home the odd memento from the trip of a lifetime.

But can you take rocks from the Smoky Mountains? The short and simple answer is no—whether considering the moral or legal implications of such actions, not to mention the environmental factors involved. Leaving the rocks exactly where they help protect the beauty of the park and the natural habitat of those dwelling there.

The simple yet stern line of this and every national park is to make sure you leave nature just the way you find it!

Rocks and the Smokies—a few Things to know

What Kind of Rocks are in the Smoky Mountains? 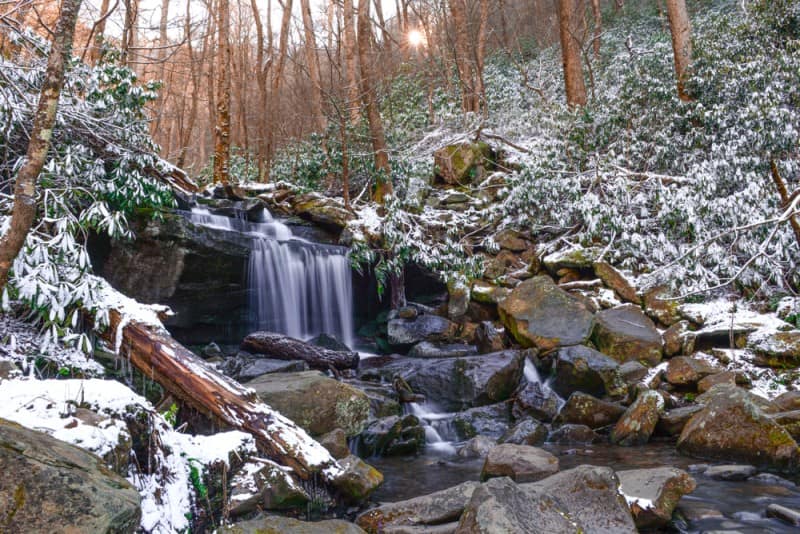 Well unless you are a geologist you might have to hark back to those high school science classes for a minute here. Remember metamorphosed sedimentary rocks? Didn’t think so— but never mind, all will be revealed.

Sedimentary rocks are formed mainly in water through various cycles of erosion and deposition. The materials eroded in the process include pebbles, sand, silt, and clay, along with more ancient deposits formed from the shells of deceased sea life.

All we need to consider for starters is that this is the dominant type of rock in the park, aside from a smattering of igneous rocks.

The oldest sedimentary rocks date back 500-800 million years to the Proterozoic Era, while the youngest originated in the Paleozoic Era, around 450 million years ago. These consist of compacted sand, silt, and clay from ancient water regions in what is now part of the Appalachians.

Metamorphosed rocks occur as a result of variations in conditions of heat and pressure. This usually happens when mountains are forming, so it is no surprise the park is composed largely of metamorphosed sandstone, siltstone, and shale, as well as limestone and dolomite.

The latter two shades are common to the popular Cades Cove area which sits beneath the Great Smoky fault. Metamorphosed granite also forms some of the oldest rocks in the park near Bryson City, Ela, and Cherokee.

Over the years the deposited sediments eventually get packed down and welded together to form layers of rock many miles deep. The rocks of this nature in the Smokies tend to be known as the Ocoee Supergroup which can be subdivided into many smaller rock-type divisions.

Igneous rocks are the other main type and are formed from the molten lava of volcanoes that solidify. Small bodies of metamorphosed igneous rocks known as dikes can be found between Fontana Dam and Clingmans Dome.

What Are the Reasons for Not Taking Rocks from the National Park? 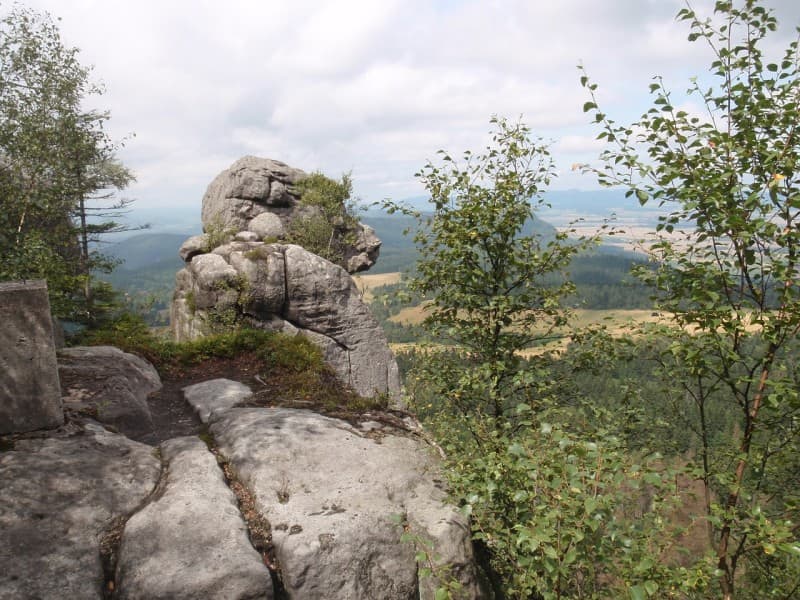 Aside from any moral obligations related to the environment and its wildlife inhabitants, it is in fact illegal to remove anything from the national park, and this includes plants and rocks, however small (Title 36, Chapter 1, Section 2.1 (1)).

The national park has already established limits related to the preservation of natural, cultural, and archaeological resources, which means (just to be on the safe side)—don’t take anything home that you didn’t bring with you!

Wrong! Some people stack rocks into a pile that can represent anything from the old trail markers known as cairns to art, sculpture, or even meditation symbols. More often than not, it makes for a neat Instagram picture and is never thought of again.

This might seem like a trendy Instagram angle but what many don’t realize is that stacking rocks does damage and displaces important aspects of the terrain.

This is especially true when river rocks are involved and can seriously damage sensitive river ecosystems. The same thing applies to moving rocks around for any other reason like making chutes or pools to enhance any tubing scenario.

It’s important to keep in mind that aquatic plants and animals—including the high proportion of salamanders within the Smoky Mountains—live on, under, and around these rocks.

The park’s fish species also use the small cavities under rocks to lay eggs. When the rocks get moved around you can guess what happens.

Can You Take Rocks from the Smoky Mountains? – The Bottom Line

The Smoky Mountains are clearly not short of any rocks. The sheer landmass that contains the miles and miles of metamorphosed sedimentary rock formations common to the national park isn’t likely to be going anywhere anytime soon. Or at least it may seem that way from ground level to many visitors—but there is a bigger picture.

Would you think twice about taking home a small sliver of rock that you swear resembles one of your childhood teddy bears?

It is first worth considering that as the most-visited national park on the planet, the sheer number of visitors passing through the Great Smoky Mountains could easily begin to decimate this wondrous natural scenario in no time at all by ignoring the rules and regulations—especially by taking a few pieces of it home!