Smoky mountains sustain an ecosystem consisting of thousands of species. They provide spectacular views from waterfalls to lush forests and a way to look closely into the wilderness. There are 412 types of animals present in these mountains, But are there bears in the smoky mountains? Yes, there is with the black bears being the majority at approximately 1500.

You are more likely to see them during the spring-summer months at sunrise and after sunset. They usually keep to themselves, and rarely attack unprovoked, so as long as you maintain a distance and observe with binoculars and cameras, you are set to have an incredible experience without mishaps!

One of the most biodiverse places in the world; the Smoky Mountains have everything and more to offer. Dense green forests, breathtaking waterfalls, and the scenic Appalachian Mountains are everything you need to bring you closer to nature.

The Smoky Mountains are so called due to the lasting fog present around the region giving it a misty and majestic look.

The icing on the cake is the presence of over 20,000 different species, which is any nature enthusiast’s dream come true. The Smokies are also rich in wildlife with over 412 different types of animals residing here.

Animals ranging from Salamanders to Elks and bobcats flourish in the wild.

Which Animal Should You Especially Keep An Eye Out For? 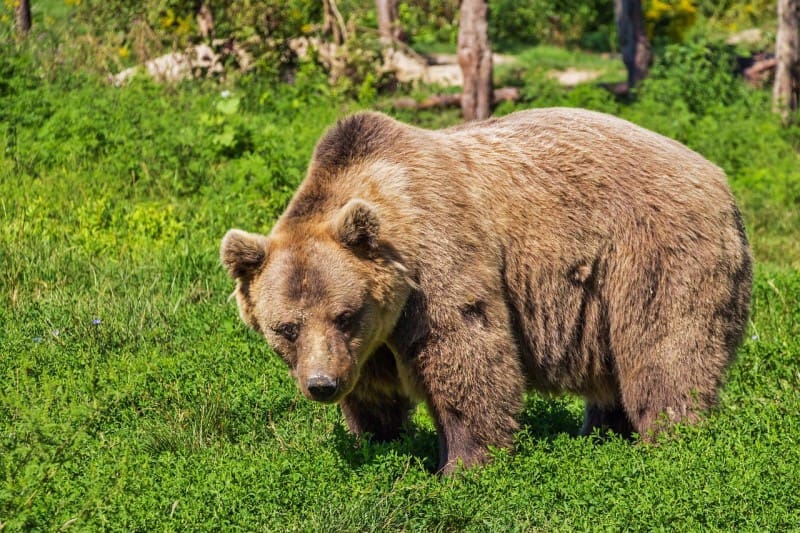 The only type of bear in these mountains is the black bear which is the most abundantly found, with roughly two bears for every square mile as about 1500 bears inhabit it. So much so, that the Smokies are considered black bear sanctuaries.

These bears are omnivores, relying for food on plants like fruits, and grass as well as insects. They also feast on dead animals and prey on deer. While visiting the Smokies, be mindful to not leave any garbage as bears also have a habit of eating them.

Black bears can be seen throughout the year except rarely during the winter months. During this time, they double in weight to protect themselves from the cold.

They also tend to sleep for lengthy periods, although not hibernating in the true sense, as they may come out of their dens on warmer days. Hence, depending on your luck, you may spot a bear!

How To Be Safe Around Bears? 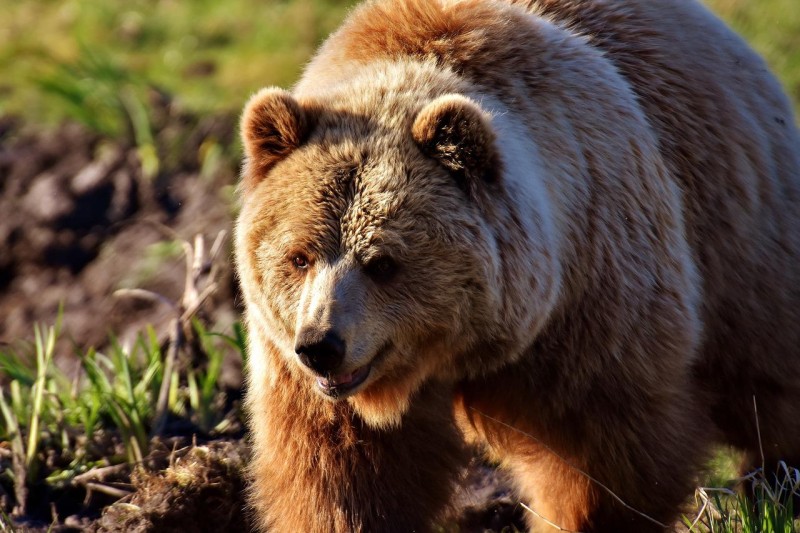 Whenever bears come into our minds, they represent a creature that humans fear. However, unlike popular belief, black bears are rarely aggressive towards people.

A total of 750,000 black bears reside in North America but are only responsible for less than one death per year, showing that it is very uncommon for them to attack you unprovoked.

Black bears usually step away when they feel a human presence unless you get too close and give them a hand or if they are scavenging garbage.

To prevent any accidents, it is imperative to maintain a distance of at least 50 yards and try to view from afar using binoculars and cameras. In the rare case where a bear comes towards you, do not run! You should yell or throw a rock; they usually run away.

As a precaution, you can also carry bear pepper spray for your protection, but be sure not to mishandle it. Bears just like their space and mind their business, so just allow them that and all should be well!

Where Can You Most Likely Find The Bears? 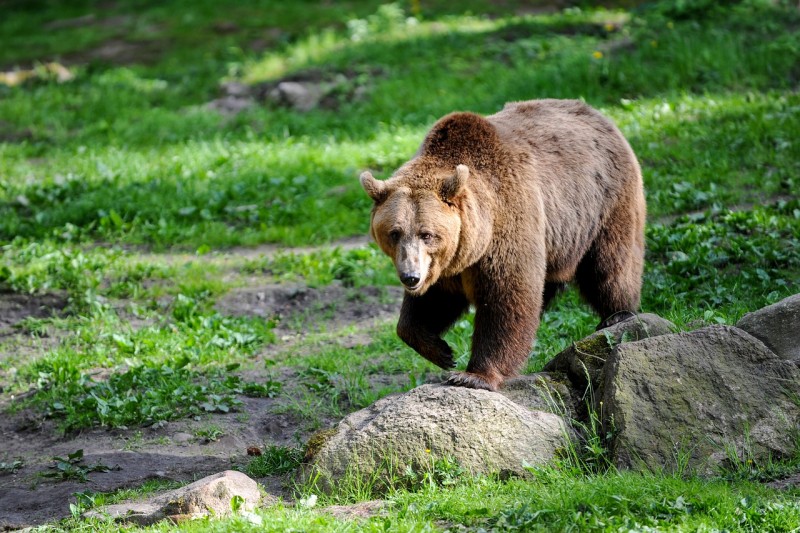 If you are a nature lover looking to get a glimpse of the mighty black bear, the best time would be at the crack of dawn or at dusk, when they are the most active. They are more frequently sighted in the Tennessee region of the Smoky Mountains.

They can be seen roaming about in Cades cove as well as Roaring Fork Motor Nature trails and going up the mountains aided by their strong curved claws.

Hence, make sure to keep your eyes and ears open to spot them and prevent any accidents when you hike. Furthermore, bears also snuggle up in dens during the winter that they make in tree trunks and hollow stumps or in shallow caves below boulders to avoid any disturbances by hikers.

During the warm winter days, you may have a chance to also see bears coming out of these shelters. Therefore, keep your camera ready and stay alert!

Are There Bears In The Smoky Mountains – Final Thoughts

These Appalachian Mountains not only offer us a view of the picturesque beauty of nature but also let us experience its thrill by capturing the animals in the wild; in their natural habitat.

Bears remain a majority of all the mammals present here, most likely seen during the Spring-summer months. So on your next trip, be sure to carry binoculars and a camera, keep a safe distance from the bears and you will certainly have the trip of a lifetime!