The best time to visit Gatlinburg will depend on what reason you are visiting, and while the summer is popular with July seeing the biggest influx of tourists into the Gatlinburg area many people love taking in one of the many winter events on offer.

To help you decide when to plan your next trip, we will look at the best time to visit Gatlinburg, Tennessee for all seasons and activities.

Best Time to Visit Gatlinburg for…

The best time to book accommodation in Gatlinburg is in September, just following the peak season from June through August.

The second peak season in Gatlinburg takes place in October, and hotel prices can usually rise here too. You’re likely to find cheaper prices in September than during the peak seasons.

You can also find good accommodation deals in spring, particularly in April.

There’s no truly bad time for sightseeing in Gatlinburg as it never officially closes. Likewise, Great Smoky Mountains National Park is open every day of the year.

But the “off-season” in Gatlinburg is considered to be January, February, and March. If you visit during this time, there’s the chance that certain businesses may be closed.

Summer is the best time for shopping in Gatlinburg, provided you don’t mind the large crowds. Because summer is the busiest time, the shops usually have extended trading hours.

There’s also far less of a chance that a shop you’d like to visit will be closed.

You can attend festivals and events throughout the entire year in Gatlinburg. However, the majority of the festivals in Gatlinburg take place in summer.

This is simply because the town is more crowded at this time and the weather is nicer. 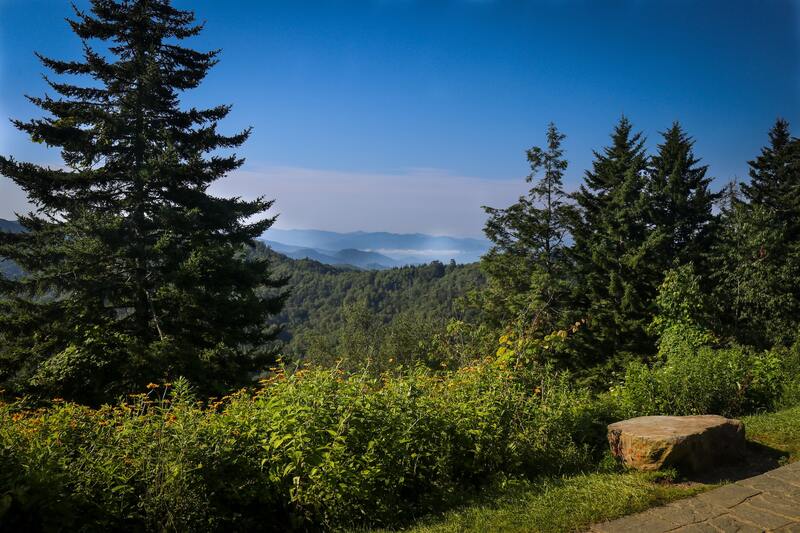 Gatlinburg’s primary high season is summer, between June and August. The busiest month of the high season is July, so if you plan on visiting during the height of summer, expect large crowds and long lines.

There are several advantages of visiting Gatlinburg during summer, including the fact that most attractions are open. This includes restaurants, shops, and outdoor activities.

Summer may also be the best time to visit Great Smoky Mountains National Park, as Clingmans Dome Road is open during the season.

This will bring you to the highest point in Tennessee, which offers exquisite views of the surrounding landscape. There’s also a high chance of spotting wildlife in the park during summer, with deer, turkey, and bear sightings especially prominent.

The summer weather tends to stay in the high 80s or low 90s during the day, and temperatures cool down to mild in the evenings.

The obvious downside of visiting Gatlinburg in summer is the large crowds and long waiting times. Accommodation may also be more expensive at this time of year.

However, you can counteract the crowds to an extent by booking any tickets in advance and visiting the most popular attractions early in the morning or late at night. 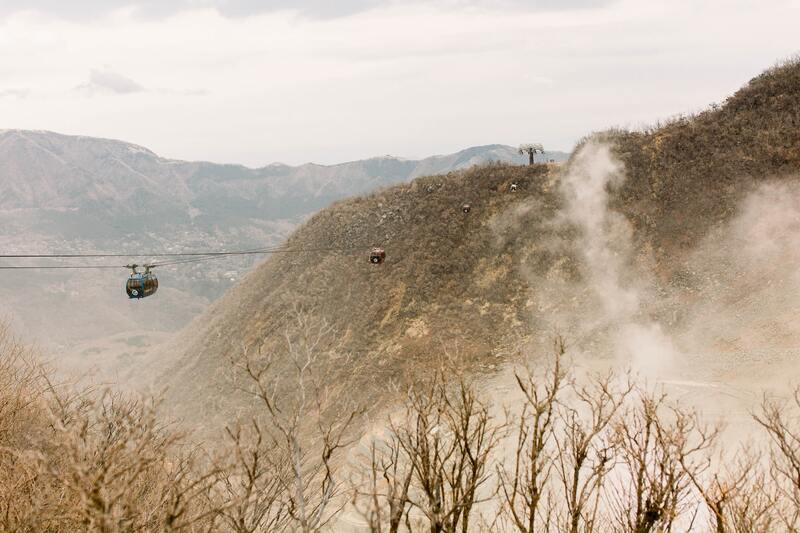 The shoulder season in Gatlinburg is generally thought of as April and May, as the weather transitions from cold to warm. During this time, you’re likely to experience fewer crowds and shorter waiting times. However, Gatlinburg can still be busy on the weekends during the shoulder season.

Most attractions will still be open during April and May, except those that may close due to colder weather. While the weather may be colder toward the start of April, temperatures are usually mild to warm by late May.

Highs in spring are usually between 60 and 70 degrees, while lows can drop to the 40s, particularly at the beginning of the season.

If you visit in spring, you have the added bonus of viewing the wildflowers in bloom, particularly in Great Smoky Mountains National Park. You can also find great accommodation deals during this time.

September through November can also be considered a shoulder season of sorts as it paves the transition from the busy summer period to the low season of winter. However, October is Gatlinburg’s second peak season, with many visitors arriving to view fall foliage and decorations.

Fall typically features highs in the 80s and lows in the 50s, with temperatures gradually decreasing toward December. 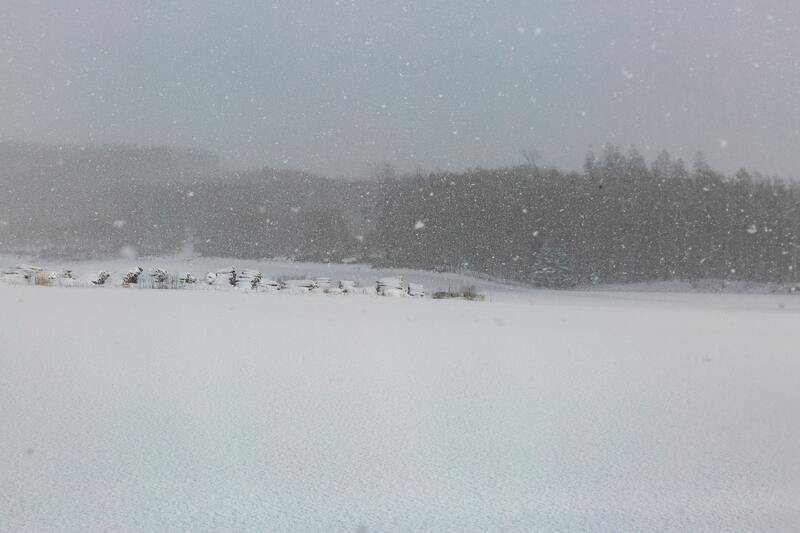 The term “low season” can loosely be applied to January, February, and March in Gatlinburg. These wintry months mark the time when Gatlinburg is least crowded, but there’s no season where the town is truly dead. Many businesses and attractions are still open in the low season.

Weather typically ranges from the highs in the 30s and 40s to the low 20s. That said, it’s not unheard of for temperatures to drop into the teens, or rise to the 60s during winter.

The weather also varies between lower elevations in the Great Smoky Mountains National Park and higher elevations, where there may be snowfall.

These months lend themselves to winter activities such as skiing and snowboarding, as well as winter festivals. One of the best reasons to visit during the low season, aside from fewer crowds, is the abundance of Christmas lights that appear in Gatlinburg in December.

However, if you are visiting during the low season, be prepared for some outdoor activities and attractions to be closed, cold weather, and the closure of scenic roads.

January is one of the coldest months in Gatlinburg. Daily temperatures tend to stay between the 30s and 40s. There is constant cloud cover through January, overall, and a decent chance of rain.

Be sure to pack plenty of layered clothing, as it’s cold outside but may be warm when you visit indoor attractions. When participating in outdoor activities, bring clothing and accessories for rain and snow, including rain jackets and boots.

The weather remains cold in Gatlinburg in January, with temperatures ranging between the 30s and 50s. Rain is common throughout the month, so always be prepared with rain clothes.

To stay warm, bring gloves, socks, under and outer layers, and beanies. It’s also worth bringing Chapstick as the cold weather can dry out your lips.

In March, the weather in Gatlinburg starts to warm up with averages between the 40s and 60s. The days are mostly cloudy, though it is possible to experience sunny days.

There’s slightly more rain in March than in February and January, so bring clothes for the wet weather.

Layers are especially important in March because the weather can vary between cooler and warmer temperatures. Bring lightweight underlayers like thermals and then jackets and coats to wear on top.

Spring is well underway in April, which sees average temperatures hitting highs in the 70s and lows in the 50s. There’s a good chance of rain in April, so come prepared.

As the weather starts to warm, it’s a good idea to bring more summery clothes with you, like t-shirts.

However, you might still need to pack at least one winter coat, especially if you will be traveling at the beginning of April or venturing into the Great Smoky Mountains National Park.

May temperatures usually fall somewhere between the high 50s and high 70s. The weather can be unpredictable, ranging from rain to sunshine.

It’s a good idea to pack for four seasons in one day when visiting in spring. Bring layers, closed shoes, and a raincoat, along with sunscreen, a hat, and sunglasses.

June in Gatlinburg is the beginning of summer. Average temperatures range from the 60s to 80s and are usually pleasant, though you can expect rain throughout the month.

Be sure to pack all the usual summer clothes and accessories, including swimsuits, comfortable shoes, water bottles, light layers, backpacks if you plan on hiking, and quick-dry clothing, plus sunglasses, hats, and sunscreen.

The summer weather continues in July, Gatlinburg’s hottest and busiest month. Temperatures usually range from the high 60s to the high 80s, and it can be rainy and humid. Don’t forget your summer clothes!

August is Gatlinburg’s last month of summer and usually features lots of sunshine. The temperature tends to be the same as that of July, and there are lots of warm days. The weather is ideal for enjoying outdoor activities.

At the beginning of fall, September features average temperatures that range from the mid-50s to the high 70s.

There’s a reasonable chance of rain, so it’s a good idea to come prepared with rain gear, along with fall must-have items like warm clothing and a camera to catch those dazzling season colors.

The weather gets cooler in October, usually sitting somewhere between the 40s and 60s. October is the least rainy month in Gatlinburg, but the weather can be unpredictable. So it’s best to come prepared with clothes for four seasons.

November weather in Gatlinburg ranges from the mid-30s to the 60s. The temperature continues to decrease as winter draws closer.

Most days feature a decent chance of rain. Don’t forget to pack your warm winter clothes, particularly as the nights in November can be quite chilly.

December is the start of winter and the rainiest month in Gatlinburg, so be sure to bring warm clothes and rain gear. The temperature usually falls somewhere between the low 30s to low 50s. 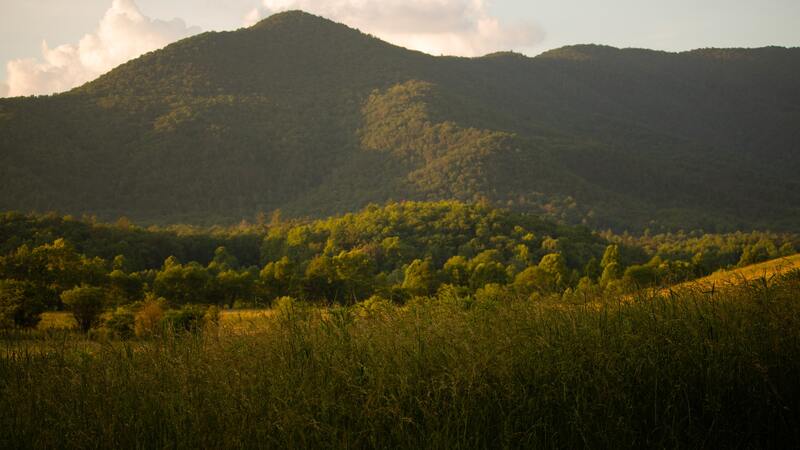 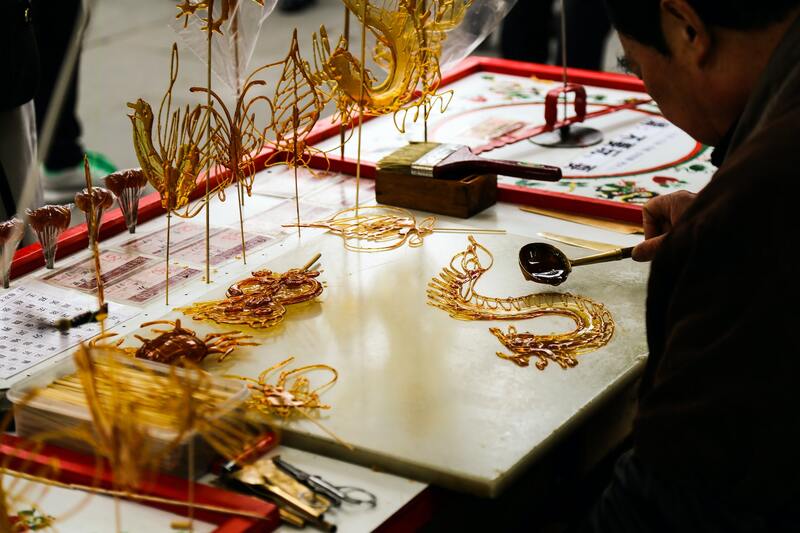