Gatlinburg is one of Tennessee’s most popular travel destinations, but is Gatlinburg safe? Unfortunately, the answer isn’t so clear-cut. Millions of people visit Gatlinburg every year and have a wonderful experience, but that doesn’t mean the town is completely safe.

Statistics show that Gatlinburg has higher crime rates than most people would expect of the charming mountain town. The research we’ve curated consistently shows that several forms of crime are an issue in Gatlinburg.

However, that doesn’t mean you should avoid this unique destination—just be aware of the potential dangers and take steps to protect yourself. 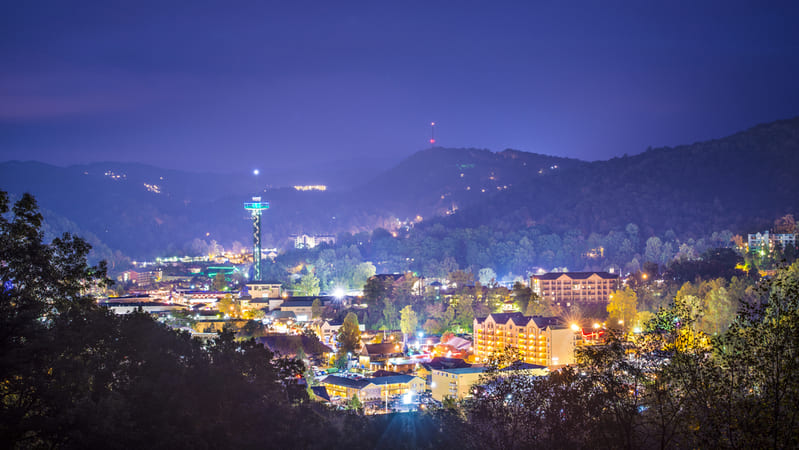 Is Gatlinburg Safe? What You Need to Know 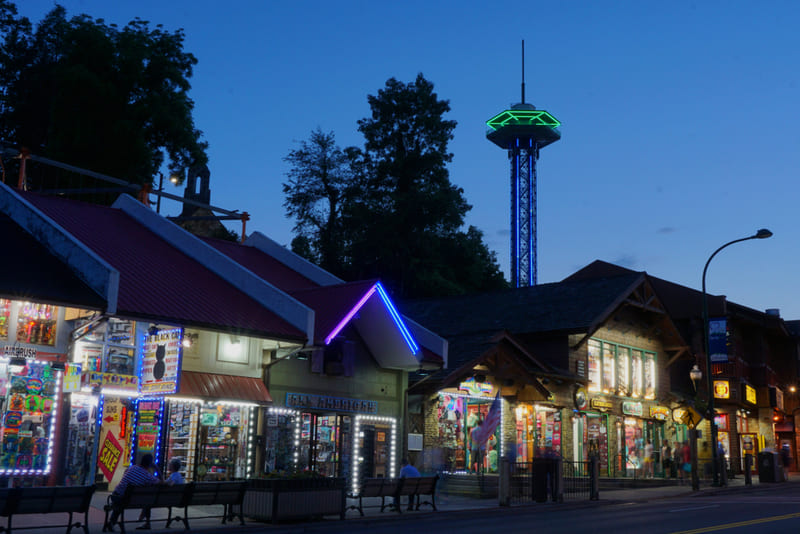 During a standard year, the overall crime rate in Gatlinburg is 44.96 in 1,000. With only the crime rate considered, Gatlinburg is statistically as safe as the Tennessee state average while being less safe than the national average.

Gatlinburg ranked in the 20th percentile for safety. Put simply, 80% of cities in the U.S. are safer than Gatlinburg.

Where is the Most Dangerous Place in Gatlinburg?

Crime Grade’s map shows that the most dangerous areas of Gatlinburg are the neighborhoods in the town’s south. The likelihood of being a victim of crime jumps up to 1 in 14, while it’s around 1 in 40 in other parts of the town.

Areas including the Greenbrier Valley and the Sugarlands, just out of town, were rated as experiencing the most crime.

Gatlinburg residents generally believe that it’s safest in the northwest area, which includes areas like Starkeytown and Little Cove.

How does Gatlinburg Compare with Nearby Cities?

The surrounding towns and cities tend to have a similar safety rating to Gatlinburg. Pigeon Forge received a slightly higher grade of D-, while Sevierville also received a ranking of D-. Overall, the destinations surrounding Gatlinburg were classed as having crime rates of between C and F.

However, it’s important to keep in mind that Gatlinburg receives significant levels of tourists throughout the year, and these numbers aren’t reflected in its population count.

What is the Greatest Danger in Gatlinburg? 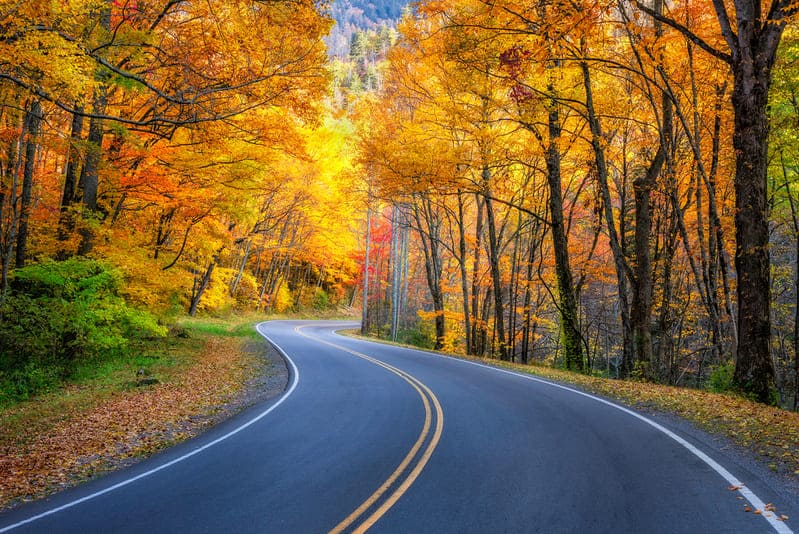 The greatest danger in Gatlinburg, as with anywhere else you travel, is other people.

Crime Grade lists the most common forms of crime in Gatlinburg as theft, vehicle theft, burglary, assault, vandalism, and drug crimes—all dangers created by other people.

It is also advisable to keep children out of the river as it has strong currents and can become deep during the rainy season.

How to Stay Safe in Gatlinburg

Staying safe in Gatlinburg largely comes down to common sense. As theft is one of the biggest risks, be mindful of your belongings at all times.

Ensure that anything you carry is secure, either in a zipped pocket that you can watch at all times or in a zipped bag that is secured to your person.

Smarter Travel also recommends being mindful of what you leave in your hotel room. If you are staying in a cabin that might not be overly secure, take electronics and valuables with you during the day or lock them in your suitcase. 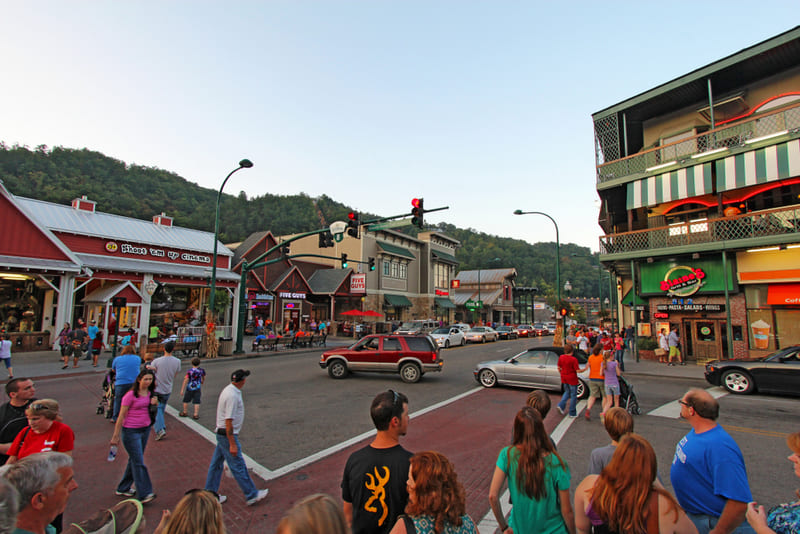 However, millions of people pass through the park each year and are perfectly fine. Always be sure to stick to the speed limit and ensure you know all the road rules when driving through Great Smoky Mountains National Park.

Be patient, stay attentive, and if you need to pull over due to weather or other circumstances, then pull over.

Do many people disappear in the Smoky Mountains each year?

According to National Parks Traveler, Great Smoky Mountains National Park is one of the most notorious parks for people going missing, with 100 search-and-rescue missions each year.

Planning ahead, in this case, can dramatically reduce your chance of getting lost or going missing. Make sure you have access to a map that doesn’t rely on internet access.

Don’t venture off marked trails and know which route you’ll take before you enter the park. If you do get lost, retrace your steps.

Is it safe to walk in Gatlinburg?

Yes, Gatlinburg is safe to walk. The town has been designed to be walked, and cars expect high levels of pedestrians. That said, it’s still important to watch out for vehicles and practice regular road safety.

Is Gatlinburg or Pigeon Forge safer?

Crime Grade rates Pigeon Forge as slightly safer than Gatlinburg in terms of overall crime. However, local John Gullion believes that Pigeon Forge is actually the least safe of the two destinations.

Gullion explains that Pigeon Forge is larger than Gatlinburg, and the drivers don’t necessarily watch out for pedestrians in the same way. So there’s a greater chance of getting lost or getting into a road accident.

So when it comes down to it, is Gatlinburg safe?

The statistics show that Gatlinburg is less safe than other towns of the same size, and has a higher crime rate than the U.S. national average. However, it’s on par with the Tennessee average.

Despite the figures, most people feel safe in Gatlinburg and visit the town without getting into trouble. Just be mindful of the potential dangers, particularly theft, and take precautions to protect yourself and your belongings.

If you are visiting the Great Smoky Mountains National Park, plan ahead and drive carefully.

As long as you use common sense and remain alert to your surroundings, Gatlinburg is a fun and exciting destination that is definitely worth visiting.