When is the Christmas Parade in Gatlinburg? Traditionally ts is held on the first Friday of December, the Gatlinburg Fantasy of Lights Celebration is one of the largest Christmas parades in the state.

Here is everything you need to know about the event before attending.

When is The Christmas Parade in Gatlinburg in 2022? 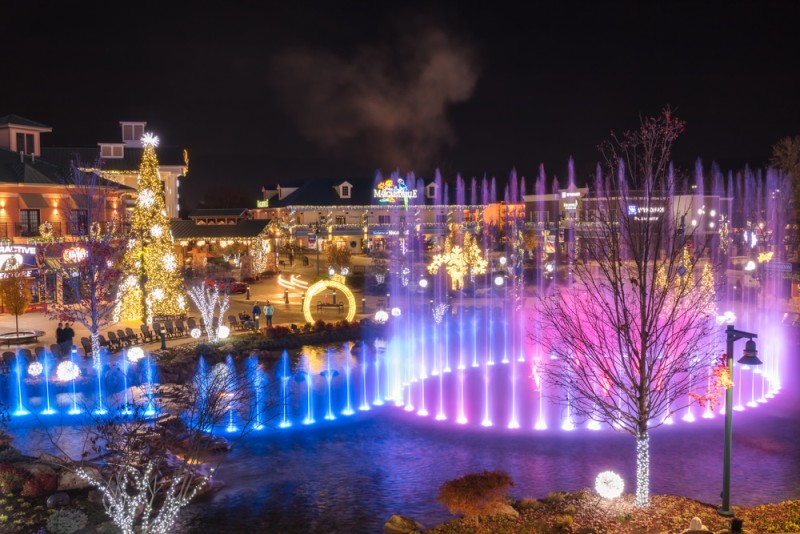 Traditionally held on the first Friday of December, this year’s Gatlinburg Fantasy of Lights Christmas Parade starts on Friday, December 2, 2022, at 7:30 pm.

Be sure to arrive early to grab a convenient location along the parade route for observing the many attractions and floats.

What is the Gatlinburg Fantasy of Lights Christmas Parade?

Attracting over 60,000 spectators annually, Gatlinburg’s Fantasy of Lights Ceremony is one of the largest Christmas parades in the state.

Held every year since 1975, the parade features a series of Christmas-themed floats, balloon characters, marching bands, and Santa Clause.

The Fantasy of Lights Parade is only a small part of Gatlinburg’s Winter Magic Festival, and visiting the city in December is an overall captivating experience. The parade’s procession is accentuated by a legion of Christmas lights covering the entire city.

What Should People Expect from the Christmas Parade?

Along with a series of Christmas-related attractions, the parade’s procession is typically accompanied by a series of floats highlighting performances by local businesses and theatre shows.

To headline the entire event, the parade’s planning committee often engages a celebrity guest such as a musician or actor that will provide additional entertainment.

Finally, while the features above are standard for the annual celebration, each year’s parade is often accompanied by its own unique themes and activities. For instance, the 2014 Gatlinburg Fantasy of Lights Festival was organized in an attempt to break a world record.

Handing out over 20,000 red Rudolph noses, the parade officially became the largest group of people to wear them at the same time.

What will this year’s Festival of Lights Christmas Parade have in store? We will have to wait and find out. But you can check out last year’s parade in full on YouTube to get an idea of the amount of work put into bringing it to life!

Where Is The Best Spot to Watch The Christmas Parade?

While it is possible to see the parade from anywhere along this route, the dense crowds that the event can draw will often result in attendees vying for the best vantage points.

It is suggested to arrive in Gatlinburg’s downtown area early before the crowds begin to form. The city’s downtown offers plenty of shopping opportunities and restaurants for enjoying the community while keeping you within an accessible distance of the parade’s route.

Where is The Best Place to Stay When Attending the Gatlinburg Christmas Parade?

The best way to enjoy the Christmas ambience of Gatlinburg’s Fantasy of Lights Christmas Parade is by renting out one of the luxurious private cabins within the town. For more cost-effective accommodations, the city also offers fantastic hotel options (You can read out top picks here).

For those that would rather visit the city for the evening, Gatlinburg offers free parking along River Road. But, of course, with over 60,000 annual attendees, these spots fill up fast, and guests should arrive early to claim their spots.

Those arriving later in the day should expect to pay $10 for a spot in a city garage or anywhere from $8-$20 for a place in a privately owned lot. Those driving to the event should keep in mind that roads begin to close along the parade route starting at 4:30 pm.

One of the largest Christmas parades in Tennessee, the Gatlinburg Fantasy of Lights Christmas Parade is traditionally held on the first Friday of December. This year’s Christmas parade is on Friday, December 2, 2022, starting at 7:30 pm.

From the city’s light-covered building to the parade’s procession of fun and thematic floats highlighting local businesses and shows, the parade offers a fun and engaging way to explore the seasonal themes of Gatlinburg’s Winter Magic Festival.