Gatlinburg is a tourist hub that sees millions of visitors every year. Despite this, there is no commercial airport in Gatlinburg so you cannot fly directly into Gatlinburg. Thankfully, there are plenty of airports nearby.

What are the airports near Gatlinburg, TN? Check out our curated list below of the seven closest airports.

The Top Airports Near Gatlinburg

The closest airport to Gatlinburg is the McGhee-Tyson Airport (TYS) in Alcoa Tennessee. This Airport will also get you close to Pigeon Forge (home of Dollywood!), another tourist hot spot. Depending on where you are coming from and your plans you may find that other airports are better suited to planning your trip. 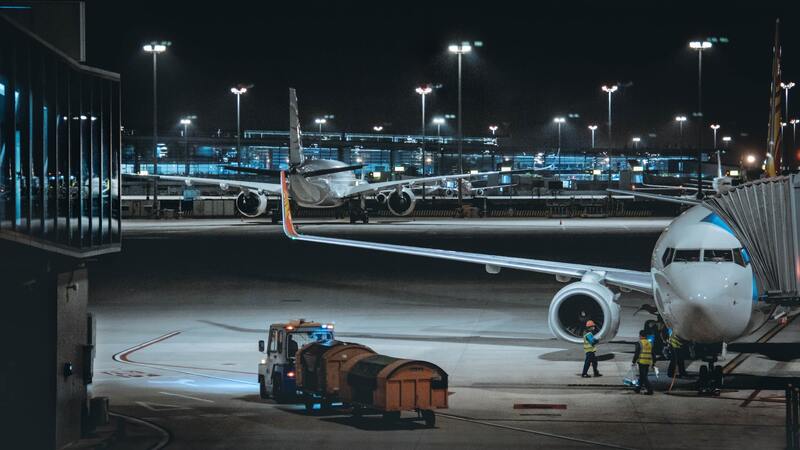 Are you wondering, “Does Gatlinburg have an airport?” The answer is yes. Gatlinburg-Pigeon Forge Airport is located in Gatlinburg and is technically the closest airport, but the vast majority of visitors to the town don’t use it as it services private charter planes only.

Best for: Those traveling via private charter plane.

It is located in Alcoa, just to the south of Knoxville, and is a medium-sized airport. All three major domestic airlines serve the airport: Delta, United, and American. You can also catch flights on the smaller airlines of Allegiant and Frontier from this airport.

It takes just over an hour to drive from the McGhee-Tyson Airport to Gatlinburg, and there are eight car rental companies operating out of the airport: Alamo, Avis, Budget, Enterprise, Hertz, National, Dollar and Payless.

Best for: This airport is best for those who want to minimize their driving time, as the drive from McGhee-Tyson is shorter than the drive from the rest of the airports.

However, given that the airport is smaller than some other major airports in the area, it’s only suitable for those traveling from other locations in the U.S.

The closest airport in North Carolina to the Great Smoky Mountains National Park, the Asheville Regional Airport is fairly small but is still served by Delta, United, and American airlines. It is also serviced by Allegiant, Sprint, and Elite airlines, though these flights are seasonal.

The drive from Asheville Regional Airport to Gatlinburg is 89 miles and typically takes one hour and 40 minutes. There are eight car rental options to choose from: Alamo, Avis, Budget, Dollar, Enterprise, Hertz, National, and Thrifty.

Best for: Those traveling to the North Carolina side of Great Smoky Mountains National Park before traveling on to Gatlinburg. Again, given that Asheville is not an international airport, this option is only for those traveling from within the U.S.

The Greenville-Spartanburg International Airport is the closest international airport to Gatlinburg. Located in Greer, South Carolina, the airport is a short distance from both Greenville and Spartanburg.

The three major domestic airlines of Delta, United, and American all serve the airport, as do the smaller airlines of Allegiant, Frontier, and Southwest.

It takes two hours and 37 minutes to drive the 150 miles to Gatlinburg from the Greenville-Spartanburg International Airport. There are six car rental options available: Alamo, Avis, Budget, Enterprise, Hertz, and National.

Best for: Those who want to minimize their driving time and are coming from more distant locations not connected to the above airports. 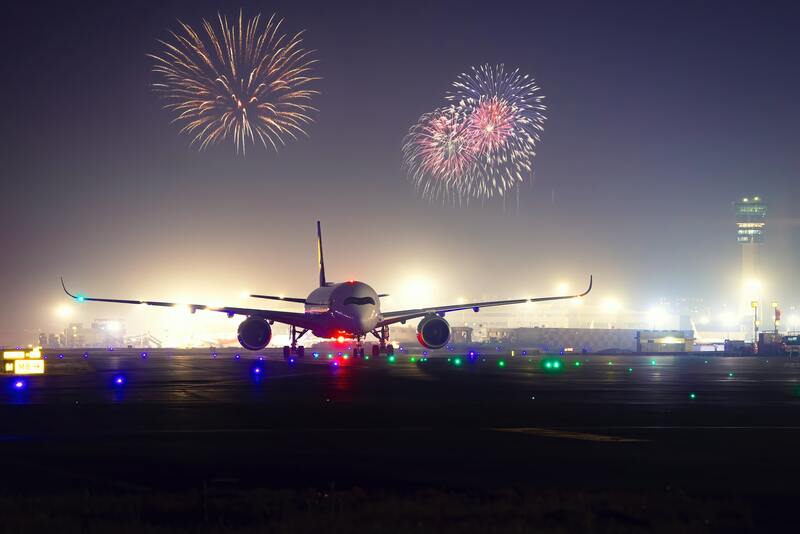 The closest major airport to Gatlinburg is North Carolina’s Charlotte Douglas International Airport, which also happens to be the second-largest hub of American Airlines.

The drive from Charlotte Douglas International Airport to Gatlinburg is three hours and 20 minutes, which covers a distance of 194 miles. There are eight car rental companies available, including Advantage, Alamo, Avis, Budget, Dollar, Enterprise, Hertz, and National.

Best for: International travelers and those traveling to the North Carolina side of Great Smoky Mountains National Park.

Nashville International Airport is another airport in Tennessee near Gatlinburg. The large airport is served by three major domestic airlines and three international airlines, including Air Canada, British, and WestJet.

It takes three hours and 30 minutes to reach Gatlinburg from the Nashville International Airport, which is 216 miles away. The car rental options available are Advantage, Alamo, Avis, Budget, Dollar, Enterprise, Hertz, National, Payless, and Thrifty.

Best for: International travelers and those visiting Great Smoky Mountains National Park from the Tennessee side.

With a drive time of four hours and 10 minutes, this is the furthest airport from Gatlinburg out of those deemed to be near the town.

Best for: International travelers who don’t mind the longer driving time. Depending on airfares, flying a shorter distance and driving a longer distance may be the cheaper option. 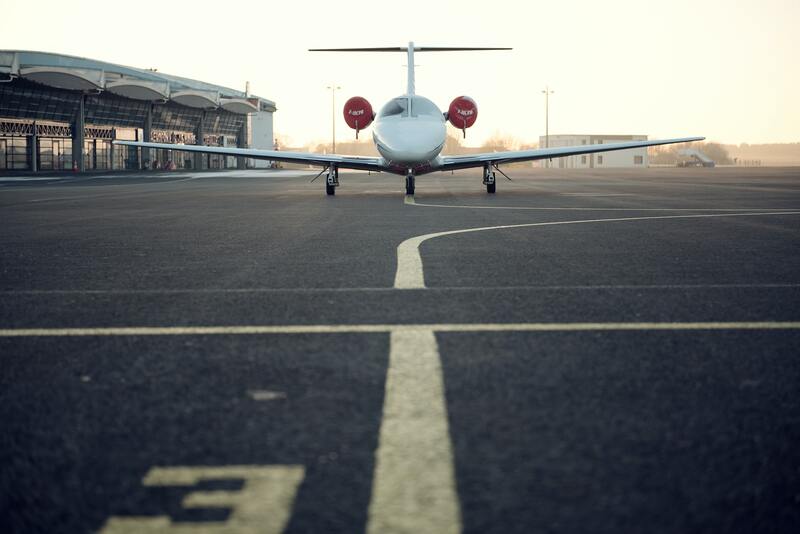 Planning & Resources For Your Visit To Gatlinburg 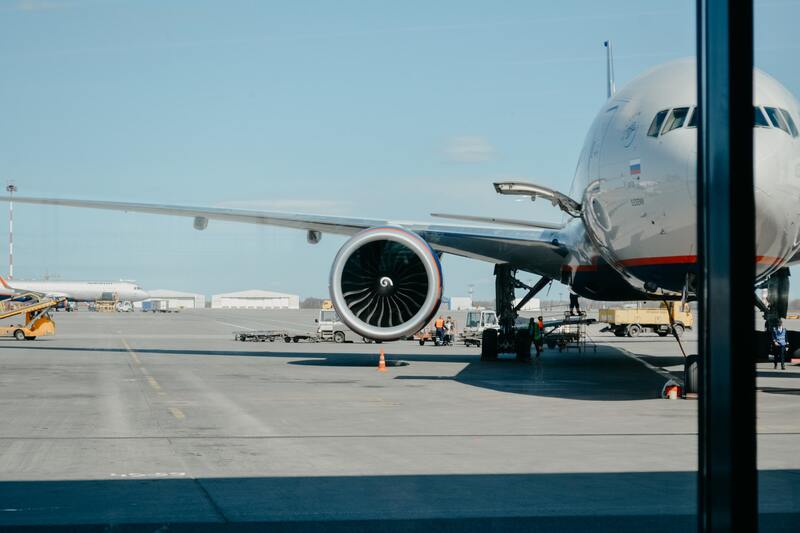 The five best-rated hotels in Gatlinburg are:

The best attractions to see in Gatlinburg include:

A great way to save money in Gatlinburg is to book your tickets to certain attractions online. Attractions such as the Gatlinburg Space Needle and Ripley’s Aquarium of the Smokies offer cheaper tickets for online purchases. 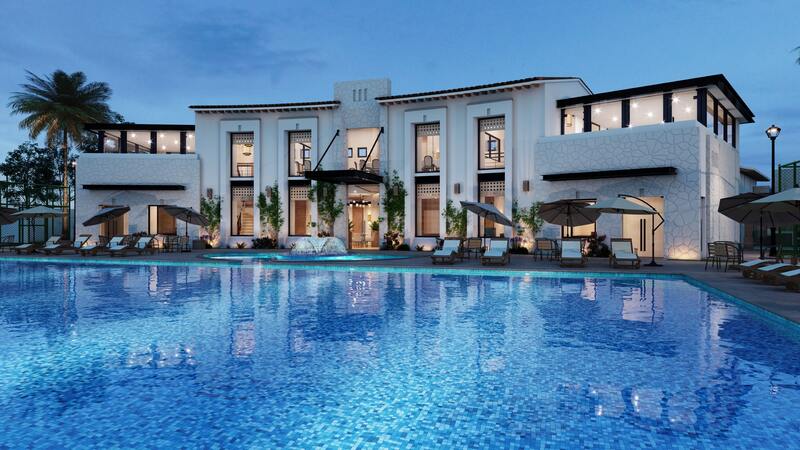 Your Onward Journey To ‘Gatlinburg’

The most popular way to reach Gatlinburg is to drive there from one of the nearby airports. The small airport known as Gatlinburg Pigeon Forge Airport is very limited and usually services private jets only (via History Fan Girl).

Driving from the nearby airports takes an average of three to four hours, and all the airports offer rental cars if you don’t want to bring your own car.

There are several different routes to take to Gatlinburg from the various nearby airports, and a resource such as MapQuest can help you to find the quickest or most scenic one.

Snow can make driving more dangerous, but snow is rare in the Smoky Mountains. To completely avoid the chance of snowfall during your drive, consider traveling outside the months of December through February.