One of the biggest mistakes many visitors to the Great Smoky Mountains make is eating at common chain restaurants. You’re on vacation to explore new things. Why would you eat somewhere you could visit anywhere else in the country?

When visiting the Great Smoky Mountains (and anywhere else in Tennessee for that matter), the best eateries in town are the out-of-the-way, locally owned services that offer your destination’s unique and specialized flavors.

Luckily, while several chains are capitalizing on the tourist industry in Pigeon Forge, there are also many locally owned restaurants leading the competition for visitors that know where to look.

And, to help facilitate your journey into the diverse flavors of the locally owned restaurants in town, we have compiled a list of the eight best hole in the wall restaurants in Pigeon Forge, TN.

The Top Hole In The Wall Restaurants in Pigeon Forge 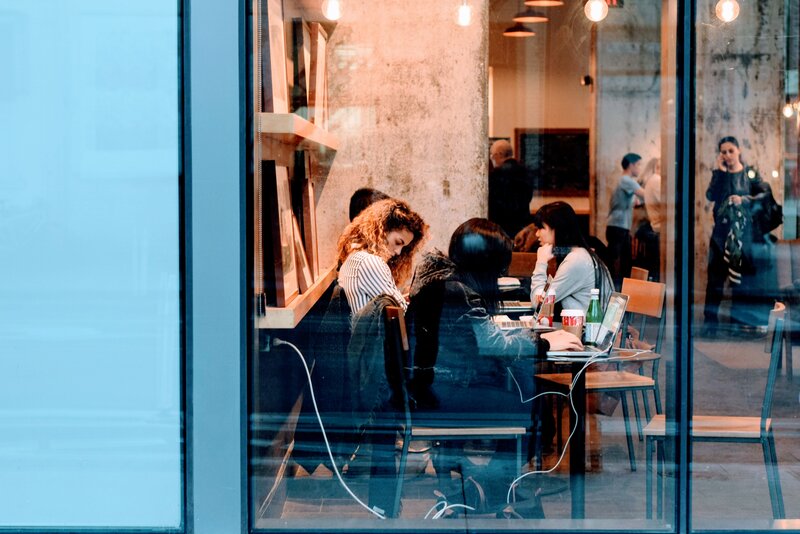 Some of the more popular dishes on Smokies’ menu include empanadas, papa rellenas, and even a traditional Cuban sandwich.

The cafe’s entrees are served with rice, black beans, and a choice of tostones, plantations, or boiled yuca. And of course, don’t forget to cap your meal off with a traditional Cuban coffee over a dessert of caramel flan or rum cake.

While not offering traditional Smokey Mountains cuisine, Smokies Cuban Café features some of the best food in the city and is one of the best hole-in-the-wall restaurants Pigeon Forge has. 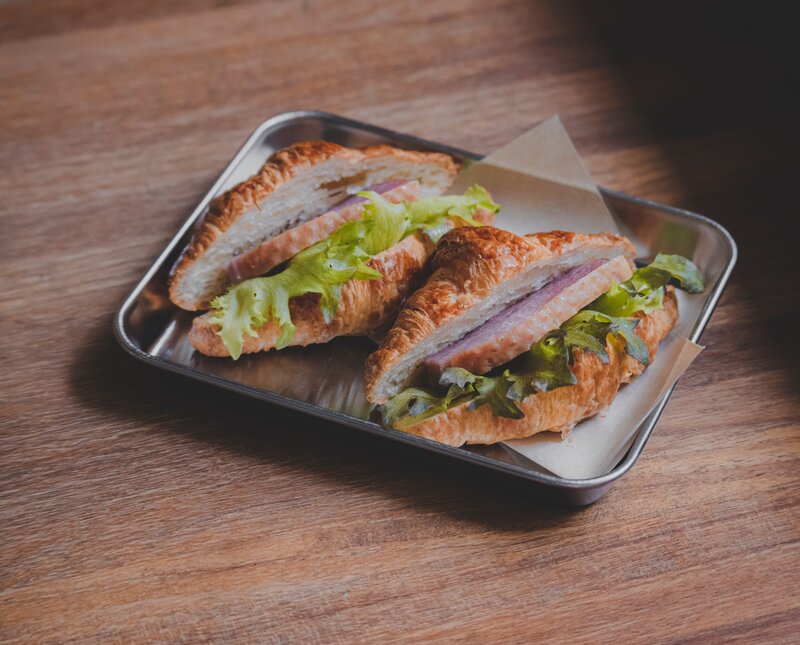 Located in a strip mall across from a tattoo parlor at 159 E Wears Valley Road, the Pigeon Forge Deli is a little out of the way from the main tourist zones in the city. Still, this hole-in-the-wall restaurant in Pigeon Forge offers some of the best subs in the city.

The deli’s signature subs include the Chicken Salad Chub, the Open Pot Roast Sub, The Chub Sub, and the classic Italian Sub. Also on the menu are classic sandwiches such as the American, turkey and swiss, grilled cheese, a BLT, and other non-sandwich options, including soup, salads, and pretzels.

For those that prefer to enjoy their sub away from the city in the Great Smoky Mountains National Park, the Pigeon Forge Deli also sells their sandwich ingredients and sides by the pint or quart. They offer everything you need for a fantastic picnic while enjoying the beautiful landmarks of the surrounding countryside.

Sharing a building with a local gas station, Chubby’s Deli is the definition of a hole-in-the-wall restaurant. Still, that doesn’t stop them from serving up some of the best homemade food in the Smokey Mountains.

Bringing an element of authenticity to Pigeon Forge’s Tennessee-styled cuisine, Chubby’s menu features diverse selections, but its most significant claim to fame is its Chubby’s Famous Burger.

But of course, Chubby’s also features some lighter options on the menu, including a list of breakfast specials served until 11 am and an extensive collection of sandwiches to enjoy for an afternoon meal.

Located off the Pigeon Forge tourist trail in Sevierville, the Preacher’s Smokehouse is a family-run, hole-in-the-wall restaurant that features some of the best BBQs in the region.

Served right from the grill, Preacher’s homestyle meals include a variety of burgers, ribs, and steaks and use only locally sourced hickory and apple wood for their cooking.

What truly separates Preacher’s smokehouse as a must-visit restaurant in Pigeon Forge is the one-of-a-kind flavors each dish offers. Every recipe offered on their menu is unique to the restaurant, and even their selection of specialty sauces is made directly in-house.

When visiting Pigeon Forge, be sure to drop by Preacher’s Smokehouse and enjoy their selection of BBQ ribs, pulled pork sandwiches, homestyle sides, and much more.

Only open from 8 am and 2 pm, Lil Black Bear Café only serves breakfast and lunch. But boy, do they do it well.

Featuring a selection of soups, salads, sandwiches, and the best coffee in town, the Lil Black Bear menu isn’t particularly diverse, but it really doesn’t have to be. They have perfected their recipes into some of the city’s most celebrated morning and afternoon meals.

For breakfast, the café serves some of the city’s best pancakes, a delicious selection of omelets, and mouth-watering portions of sausage, egg, and cheese sandwiches. It sounds simple, but each selection is perfectly cooked and is sure to leave even the pickiest eaters satisfied.

When visiting the café at lunch, be sure to order one of the Lil Black Bear’s signature sandwiches— The Reuben and the Patty Melt.

If you are looking for the best burger joint, hole-in-the-wall restaurant Pigeon Forge has, then Graze Burgers is the spot for you.

Located in downtown Sevierville, Graze Burgers is tucked away from the tourist hub of Pigeon Forge, but its massive variety of burgers is well worth the visit.

Along with its perfected classic burger with traditional toppings, Graze Burger’s most popular selections include the Farmhouse Burger, the Tennessee Burger, and The Mad Greek.

The Tennessee Burger is a unique take on the traditional sandwich and is topped with bacon jam, house slaw, and onion rings. Meanwhile, The Mad Greek adds a Mediterranean spin on their burger and features a lamb burger topped with feta, tzatziki, and olive tapenade.

Of course, several other unique specialty burgers are on the menu, but you’ll have to drop by to explore the rest of the offerings. 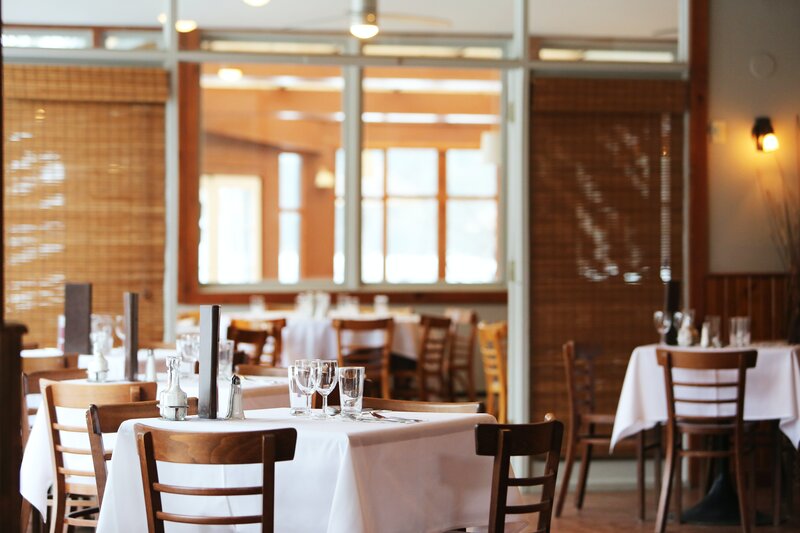 There is nothing particularly spectacular about Talita’s Restaurant other than offering one of the best Mexican dining experiences in the Smokey Mountains.

At first glance, Talita’s is a small, traditionally styled building next to a small convenience store. Upon entering, the restaurant has a traditional Mexican roadside diner ambiance. The menu is prominently displayed above the counter where you place your order, and a series of tables are scattered across the floor with several chairs.

It doesn’t look like much, but Talita’s serves up some of the best Quesadillas, Fajitas, Burritos, and other Mexican cuisines you have ever had.

Featuring some of the best BBQ in Pigeon Forge, Boss Hog’s BBQ Shack is a hidden gem of the city that has been a favorite among locals for over 35 years.

When visiting with a large party, order one of Boss Hogg’s family-style meals. The Barbecue Pork Sandwich Plate is a delicious option capable of feeding the entire family and comes with a combination of sides.

When visiting, don’t forget to pick up some of Boss Hogg’s meats to go, which they sell by the pound along with packaged sides.