Any trip to the American South is guaranteed to be accompanied by several evenings enjoying high-quality BBQ, and Tennessee is no exception.

Here quality BBQ is a source of pride for the locals. It is an art form they have practiced and adapted into one of the most renowned cuisines in the world. However, even within the state, BBQ is varied and diverse, with no two restaurants serving up the same two recipes.

With influences from all of West Tennessee, Central Tennessee, and Carolina BBQ, Pigeon Forge is a meeting point for various styles and flavors. From pulled pork to steaming racks of ribs, these are the ten best spots for BBQ in Pigeon Forge.

Where to Go for The Best BBQ in Pigeon Forge 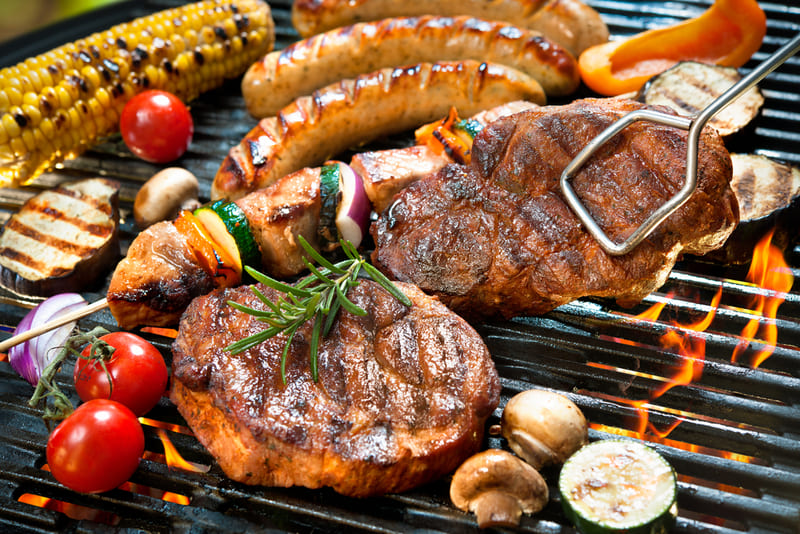 A lesser-known restaurant hidden away from the major tourist hotspots of the region, Boss Hogg’s BBQ Shack has been a local favorite of Pigeon Forge for over 35 years.

One of the best items on Boss Hogg’s menu for larger parties is the variety of family-style meals the BBQ has available. The Barbecue Pork Sandwich Plate is a fantastic choice for feeding the family and is served with a combination of sides.

For those that prefer their meal to go, Boss Hogg’s offers their meats by the pound and packaged sides. The BBQ Shacks take-out option is a great way to enjoy some of the best BBQ in Pigeon Forge while exploring the Great Smoky Mountains National Park with a picnic.

Voted the best BBQ in Pigeon Forge in 2021, Bennet’s Pitt Bar-B-Que is one of the most celebrated restaurants in the Smokey Mountains.

Serving the local community and tourists for over 30 years, Bennet’s is famous for the unique smoky flavor of classic favorites, including pulled pork, pork ribs, and beef briskets. The secret to Bennet’s rich, mouth-watering tastes is smoking their meat over smoldering hickory wood for up to 14 hours, allowing their special sauce to saturate in every layer of the sublime meal.

To accompany your meal, Bennet’s provides guests with their choice of sides, including spicy mac and cheese, garlic biscuits, potato salad, deep-fried corn, and green beans. 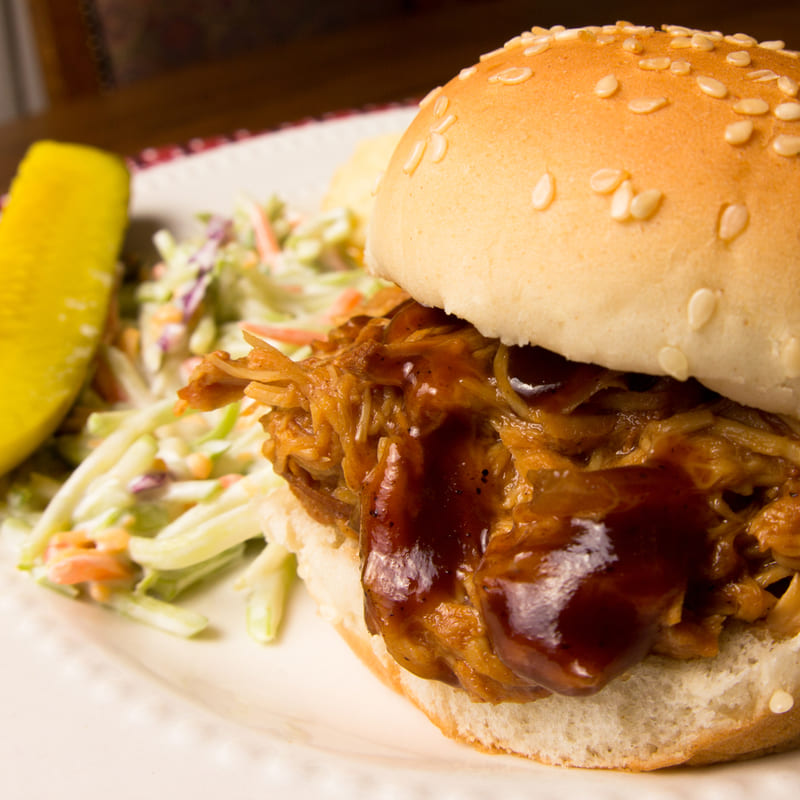 Opening its first restaurant in Knoxville in 1983, Calhoun’s has since grown into a prominent chain and serves some of the best BBQs in the entire country.

With nearly forty years to master their craft, Calhoun’s now offers their famous cuisine at nine restaurants across Tennessee. And their facility located within the Smokey Mountains is often considered one of the premier spots in Pigeon Forge for sampling local BBQ.

Serving up world-class steak, chicken, burgers, and sandwiches, Calhoun’s offers such a diverse menu it can be challenging to decide on an order. Luckily, the restaurant includes a variety of plates, including the trio platter, which features pulled pork, chicken tenders, and ribs.

Another BBQ chain in Pigeon forge, Corky’s Ribs & BBQ’s original restaurant first opened in Memphis over 30 years ago. Today, Corky’s serves up their southwestern Tennessee-style BBQ at 5 locations across the state, including at their Pigeon Forge location in the Smokey Mountains.

At Corky’s, visitors enjoy Tennessee BBQ made the traditional way. With their belief in cooking the old-fashioned way, Corky’s forgoes the automation technologies used at other restaurants and instead opts to pull and trim their meat by hand. The result is authentic BBQ dishes that are sure to leave your mouth watering.

While Puckett’s features some of Pigeon Forge’s best BBQ on its menu, the grocery store, and restaurant are much more than just a BBQ joint.

Established in the 1950s, Puckett has grown from a simple grocery store to a full-fledged restaurant with a diverse menu, a popular social scene, and an energetic live music venue.

Visitors to Puckett’s will enjoy all of their BBQ favorites, including chicken, ribs, and pork while sampling local beer or a specialty cocktail.

This combination of traditional BBQ and lively nightlife hotspot makes Puckett’s one of the most popular venues in Pigeon Forge. The restaurant can often become crowded, especially on nights with live music.

It is advised to book your table in advance when visiting the restaurant for dinner.

Situated away from the tourist hotspots, Preacher’s Smokehouse in Sevier County provides one of the best and most authentic BBQ destinations in the Smokey Mountains.

Accompanying their welcoming family ambiances, Preacher’s offers a limited menu of mouth-watering BBQ dishes. And while their BBQ menu isn’t the largest in Pigeon Forge, the selection of dishes they do offer are some of the most delicious of their kind.

Instead of providing a diverse menu, Preacher’s focuses on a few dishes they have mastered into a meticulous art. Their BBQ ribs are a must-order when visiting the restaurant, but their sample platter is a fantastic option for guests that would like a small taste of everything. 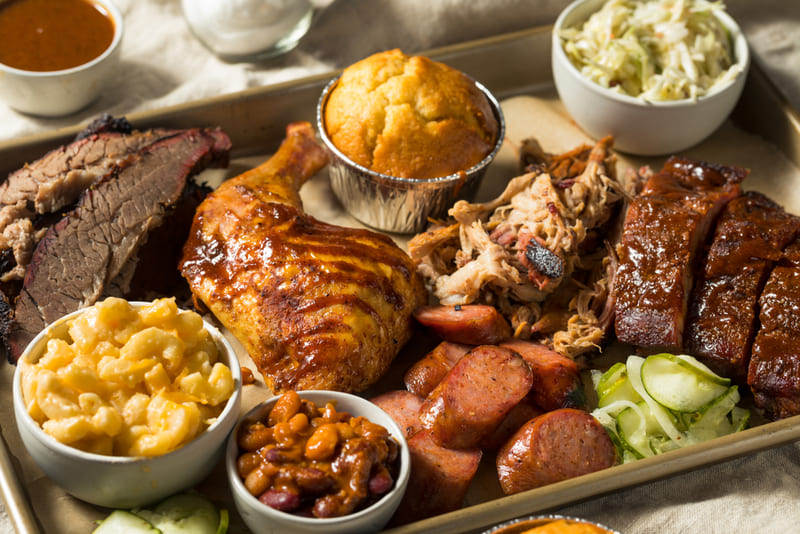 Mama’s Farmhouse brings the comforts of home to the BBQ scene of Pigeon Forge. Serving a variety of southern food in their family-friendly environment, Mama’s exclusively features family-style plates on their menu for a unique all-you-can-eat experience.

Instead of large lines and buffet trays that have been left out for hours, guests at Mama’s will continuously be supplied with fresh batches of each guest’s order. The best part is that Mama’s menu constantly changes, and the restaurant has new and exciting dishes to try every visit.

Named after JT Hannah, a businessman famed in the Smokey Mountains, the restaurant is styled after a warehouse reminiscent of the 1930s. It aims to serve a traditional Tennessee BBQ experience to its patrons.

Guests to Miss Lillian’s have their selection of all their BBQ favorites, including smoked sausage, smoked-rubbed chicken, and slow smoked pork, all served up with a wide selection of sides and desserts.

Between Miss Lillian’s friendly staff and all-you-can-eat buffet, the smokehouse is one of the best places in Pigeon Forge for enjoying local BBQ with the family.

Situated on the Island Pigeon Forge, the Timberwood Grill offers a traditional mountain dining experience. Along with providing some of the best BBQ in the area, Timberwood also features a variety of southern food, including cajun grilled shrimp and blackjack salmon.

Timberwood Grill’s dishes are best enjoyed along with a local beer or specialty cocktail while watching a variety of sporting events on one of the T.V.’s lining the facility’s dining room.

The laid-back ambiance of Timberwood Grill is an ideal setting for sampling the local BBQ cuisine in a family-friendly environment that reflects the traditional values of the Great Smokey Mountains.